Wassim El-Sisi raises controversy over the oldest hieroglyphic text .. Is it 3200 or 5619? 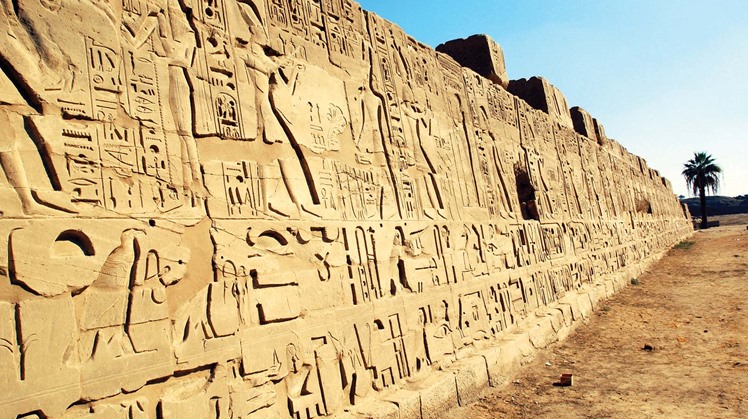 Tue, Jan. 19, 2021
Hieroglyphic writing is a style of official writing on the walls of temples, tombs, statues, and colored stone and wooden panels, for the ancient Egyptians, and some thought that it was a language, but this is wrong, as it is a type of calligraphy, such as the Arabic calligraphy in the Arabic language for example, as the Egyptians used Hieroglyphs for religious literature on papyrus and wood, and it is known that the beginning of the book was from 3200 BC, but recently Dr. Wassim Al-Sisi said, in his meeting on a satellite channel, the oldest hieroglyphic text found dating back to 5619 years BC, and to find out this information we contacted the doctor Hussein Abdel-Basir, expert in Egyptian antiquities, and director of the Alexandria Library Antiquities Museum.

Dr. Hussein Abdel-Basir said that the beginning of writing was since 3200 BC, and the number that Dr. Wassim Al-Sisi mentioned has no scientific evidence at all, and I do not know the source and archaeological evidence that indicates that the oldest text was discovered since 5619 BC.

Dr. Hussein Abdel-Basir explained, in exclusive statements to "The Seventh Day," that the ancient Egyptian language is one of the African (Hamitic) and Asian languages ​​(Semitic such as the Arabic language). The tenth century, and perhaps this makes it the oldest language that lived in the world, as it was more than four thousand years old.

The ancient Egyptian language passed through its long history through different stages, and scholars usually divide it into 5 basic stages, and Dr. Hussein Abdel-Basir reviewed these stages, saying:

2- The Medieval Egyptian: It is sometimes called the classical Egyptian, and it is related to the ancient Egyptian. It appeared around 2100 to about 1600 BC, but it continued as a language throughout ancient Egyptian history. The longer is the stage that will be discussed in these seminars.

3- The Late Egyptian: Taking the Status of the Mediator Egyptian after 1600 BC. It differs from the previous stages, especially in grammar.

4- Demotic: It developed from the late Egyptian and appeared for the first time around 650 BC and continued until the fifth century AD.

5- Coptic: It is the late stage of ancient Egypt, linked to Demotic, and appeared at the end of the first century AD and was used for a thousand years. The oldest Coptic texts written by the Egyptians date back to the eleventh millennium AD.