The American ambassador in Cairo visits the Memphis Open Air Museum in Giza .. 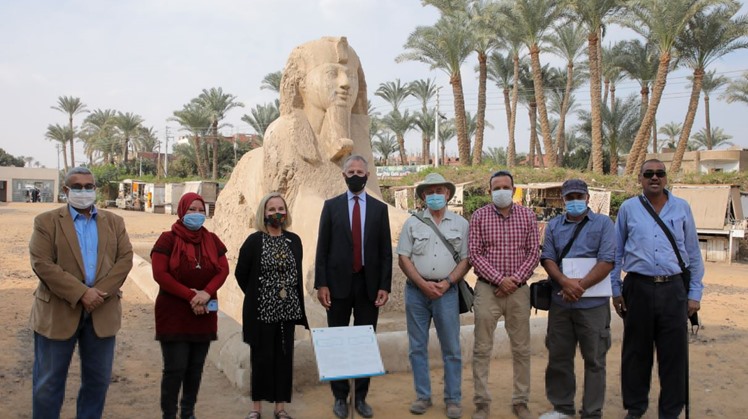 Thu, Nov. 19, 2020
The US ambassador to Cairo, Jonathan Cohen, visited the Memphis open museum in "Mit Rahina" in the city of Badrasheen, Giza Governorate, and the American embassy in Cairo published photos of this visit through its official Twitter account.

The US embassy stated on Twitter that Ambassador Cohen visited the Memphis Open Air Museum, which is funded by the US government, and saw the huge statue of Ramses, noting that the US Agency for Development in Egypt supports archaeological schools to train the restorers of the Ministry of Tourism and Antiquities - explaining that it is part of American investments worth $ 100 million in Egyptian cultural heritage. "

Earlier, the US ambassador to Cairo, Jonathan Cohen, congratulated Egypt on the 118th anniversary of the construction of the Egyptian Museum, saying: “I visited the Egyptian Museum before, and I would like to extend my sincere congratulations on the occasion of its 118th birthday, and I confirm the United States’ endeavor to preserve the heritage. Al-Masry ".

Cohen added, "The United States of America has contributed more than 2 million dollars to participate in the protection of Egyptian antiquities, through the project to preserve ancient Egyptian coffins, and improve their handling and storage method, as this investment will preserve the heritage that will benefit future generations, not only in Egypt. But in all civilizations around the world. "
More about this source textSource text required for additional translation information