5 Pharaonic tombs were discovered in full, including the tomb of the golden king Tutankhamun 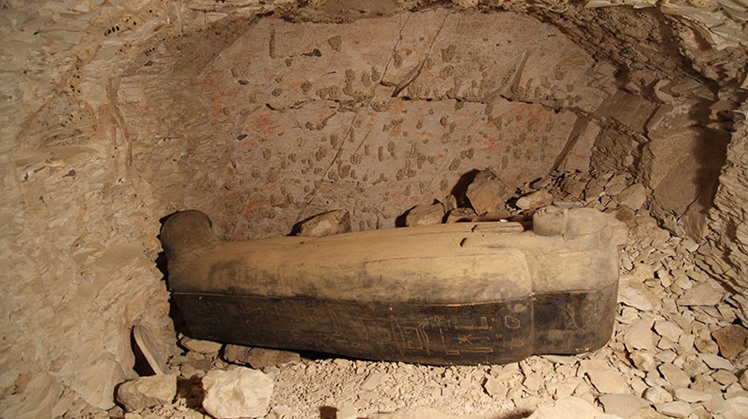 Sun, Nov. 15, 2020
of Egypt (1470-1070 BC). Senjim supervised the construction of the tombs of King Seti the First and Ramses II.
The tomb was discovered in 1886 and was discovered by a Bedouin called Salem Abu Duha, and he found it intact and not stolen by thieves, neither in the foot nor in the modern era. He informed the archaeologist Gaston Maspero, who examined the contents of the tomb. The contents of the tomb were taken to England and are still displayed in the British Museum.

Cemetery of Psusennes I.

The world got acquainted with the Pharaoh Sussenus after the discovery of his tomb by the French Professor Monet in the year 1940 AD, which was found in all its treasures and was not looted, and for the size of the silver that was found in his tomb, it was called the Silver Pharaoh, and this discovery would constitute an important event such as the discovery of Tutankhamun’s tomb had it not been for The timing of this discovery was on the threshold of World War II, and it did not receive coverage and attention, as it did when the tomb of Tutankhamun was discovered.

Tomb of Amenhotep II
More than 12 royal mummies were found inside the cemetery, and they are Thutmose IV, Amenhotep III, Merenptah, Seti II, Siptah, Ramses IV, Ramses V, Ramses VI and an unknown mummy of a woman called "the old lady", and it is likely that she was a mummy. Queen Tiye, in addition to another mummy that is likely to have belonged to King Seth Nakhte.

One of the unknown queens in the ancient history of Egypt, but in 2015 the Ministry of Antiquities managed to find 24 vessels made of limestone and 4 copper-made tools that represent part of the funeral furniture for the owner of the tomb, in addition to uncovering writings of workers recorded on the side walls of the burial chamber carrying between its lines The name and titles of the cemetery's owner, who is the king's wife and the king's mother.