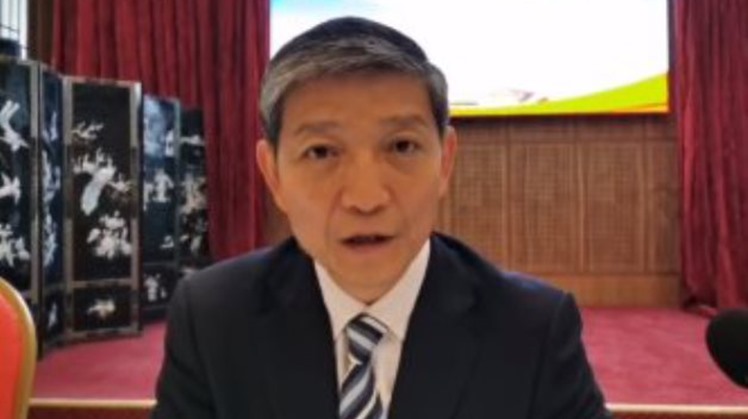 Sun, Oct. 25, 2020
The Chinese ambassador to Cairo said that the Egyptian Ministry of Tourism and Antiquities has recently announced a huge archaeological discovery of Pharaonic sarcophagi, describing this as an impressive cultural discovery.

He added in a press conference held Sunday via the Internet, that President Abdel Fattah El-Sisi also inaugurated “Our Heritage exhibition”, which was attended by more than 600 exhibitors. According to the ambassador, the exhibition reflects the return of business and attracts tourists from everywhere in the world to learn about the Egyptian civilization and heritage. The ambassador was keen to stress the Chinese tourists' interest in Egyptian history and heritage.

The Chinese ambassador to Egypt also congratulated Abdul Rahman Nasher, the Egyptian child who won the prestigious story writing award. Nasher is the only African to have won this award.

Furthermore, the ambassador noted that the International Monetary Fund published a report on North Africa and expected that Egypt would be the only country to achieve economic progress and an increase of 3.5 percent of the gross domestic product this year.

"This proves the Egyptian economy’s resilience and its capability to recover after the Corona pandemic, and reflects the great achievements and the intensive efforts exerted under the leadership of President Abdel Fattah El-Sisi, to combat the pandemic and revive the economy," the ambassador added.