Director of Archaeological Affairs at the Grand Museum: Tutankhamun’s belongings have been completely restored 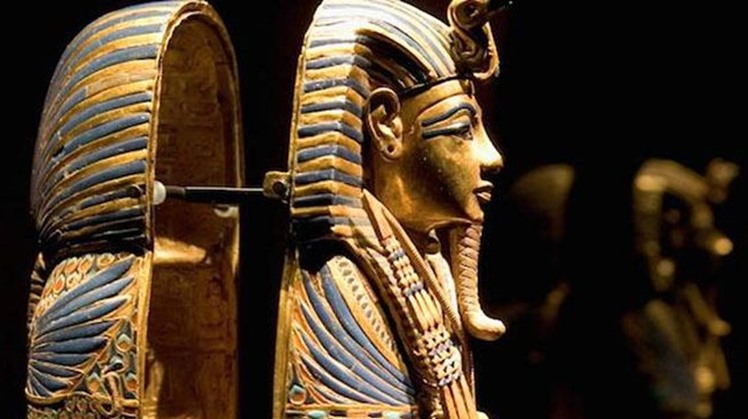 Sun, Oct. 25, 2020
The Grand Egyptian Museum contains a huge amount of artifacts scheduled to be displayed at the time of the museum’s opening in 2021, exceeding 50 thousand pieces, in addition to the entire collection of King Tutankhamun’s collections for the first time before the public, but before the public sees those archaeological treasures, the pieces pass There were several stages for its restoration, and among those pieces was the coffin of the Pharaonic King Tutankhamun, which we talked about with Dr. Tayeb Abbas, Director of Wealth Affairs at the Grand Egyptian Museum.

Dr. Al-Tayyib Abbas, Director of Archaeological Affairs at the Grand Egyptian Museum, said that the safety of antiquities is our first goal when receiving artifacts from archaeological sites and museums, and this is what made us succeed in dealing with the coffin of King Tutankhamun, and restoring it to the fullest in modern scientific and recognized methods. Internationally.

In exclusive statements to Al-Youm Al-Sabea, Dr. Al-Tayyib Abbas explained that the coffin of King Tutankhamun was one of the artifacts in which there was lost hope, due to the poor condition that it was in before receiving it and entering the restoration laboratories in the Grand Egyptian Museum, and the difficulty of the coffin was since its removal from the His cemetery and moved it from Luxor to the Grand Museum, and it took us a very long time to plan.

Dr. Al-Tayyeb Abbas pointed out that the work of moving the coffin started in August 2019, to move the coffin, and at some point we entered the Valley of the Kings, we had a plan of action, but the work on the ground differs greatly, as the coffin has "2 walls", and the stairs have a slope. Very severe, and the coffin is in the burial chamber inside a stone coffin, and the temperature is very high, and even we pull the coffin out it was a very difficult and dangerous issue, because the safety of the effect is very important, and our only concern is not to have any damage.

The director of archaeological affairs at the Grand Egyptian Museum pointed out that the coffin remained 97 years inside the cemetery without restoration, and even if the restoration was done when Carter worked on the pieces of King Tutankhamun, they used many layers of wax on the pieces, a method that was known at that time. , But we started removing those layers, and despite the many layers of wax, it preserved it to some extent, but with the high temperature and the presence of those layers of wax it became an effect.

And Dr. Al-Tayyib Abbas said that the layers had a bad effect with the increase in the temperature, because the gilded lining began around the coffin around and behind the coffin touching the stone, which led to an increase in the humidity in it, and with the increase in the temperature for many years, it affected the condition of the coffin, and the time of our intervention For its restoration it was a very appropriate time, as the presence of the coffin inside the cemetery more than that inside the cemetery exposes it to the risk of destruction, and in the first and the last what concerns us is the integrity of the artifact, and it was a step calculated for the Grand Egyptian Museum and the permanent committee that agreed to transfer the coffin.