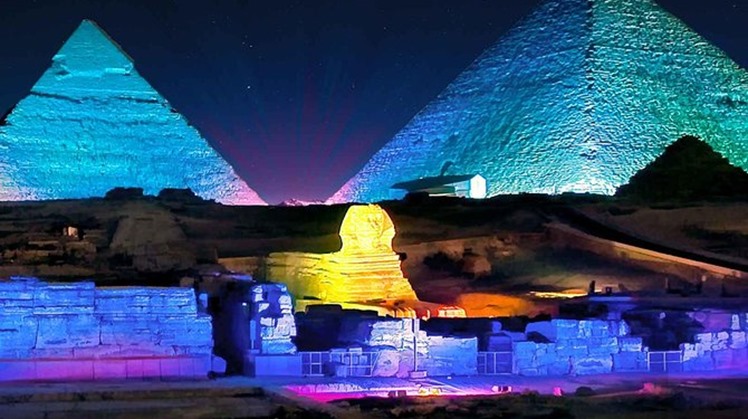 The subsidiary of the Holding Company for Tourism and Hotels, one of the companies of the Ministry of Public Business Sector, announced in its statement today the start of holding the sound and light shows in foreign languages, taking all necessary precautionary measures against COVID-19 and ensuring social distancing.

Mohamed Abdel Aziz, president of the company, stated that the dates for sound and light shows in all its regions will be modified, starting from the beginning of October, provided that they are held in the areas of the Giza Pyramids, Karnak, and Abu Simbel at 7 p.m., the Edfu region at 6 p.m. and the area of Philae at 6:30 p.m.

Abdel Aziz also indicated that the period of discounts on tickets for sound and light shows in Arabic will be extended during the month of October, to become L.E 45 instead of L.E 80, and the price of the VIP ticket will be L.E 65 instead of L.E 100.

Also, Abdel Aziz added that the sound and light shows will be held in different languages, where the pioneers of sound and light of all nationalities will be received, with an emphasis on applying the necessary measures to battle COVID-19.

Tourists can also use simultaneous translation headphones to enjoy the shows listening to their native language at any time.