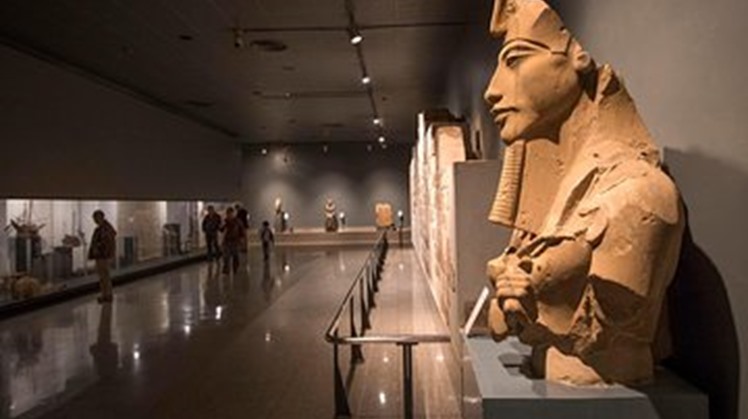 Sun, Sep. 13, 2020
The Luxor Museum received a group of artifacts, to be among the treasures of the museum display scenario, and Dr. Khaled Al-Anani, Minister of Tourism and Antiquities, inspected them the day before yesterday, as part of the follow-up to the resumption of the cultural tourism movement in Egypt, starting from the first of September, and during the next lines we review the details of the pieces transferred to the museum.

Q / Where were the artifacts taken from the Luxor Museum?
A: The artifacts were transferred from the Tuna El-Gabal antiquities area and the Egyptian Museum in Tahrir.

Q / What pieces were transferred?
A / A group of colorful coffins that were found in the Bab al-Qassis cache, and a coffin from the cache of the priests of Montu, which was displayed in the Egyptian Museum in Tahrir, in addition to 100 shabati statues from the excavations of the Al-Ghuraifah area in Tuna Al-Jabal.

Q / Are there other parts that have been transferred?
C / A rectangular coffin with a cover with a vaulted ceiling and a separate base, two coffins from the 26th family, and another dating back to the Greco-Roman era with a gabled roof, along with a group of Canopic vessels and their covers are of a human shape made of limestone. Mummy, pedestal statue decorated with granite heads.