Learn about the upcoming projects of the Ministry of Culture 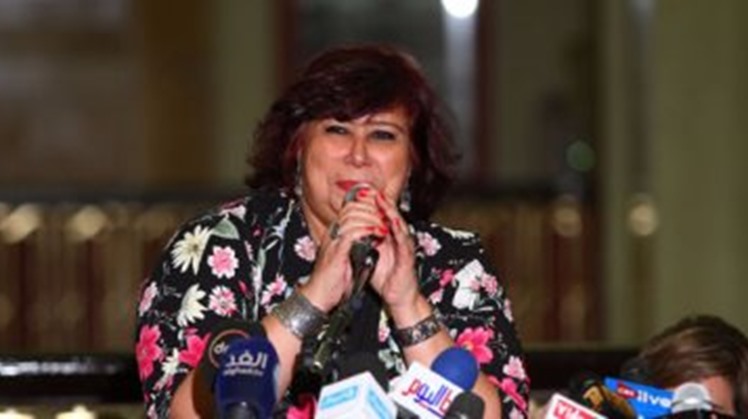 Wed, Sep. 9, 2020
The Ministry of Culture, headed by Dr. Inas Abdel-Dayem, is preparing to hold many major cultural events and activities during the coming period, while following all precautionary measures in order to prevent Coronavirus.

"The Seventh Day" learned from informed sources inside the Ministry of Culture that the Ministry is providing all possible scenarios for holding events, whether live coverage or through the Internet, and among these activities:

It will be held from 1 to 7 November, and will be accompanied by the Dr. Ratiba El-Hefny playing and singing competition.

The Egyptian Opera House, headed by Dr. Magdy Saber, revealed the details and terms of the Dr. Ratiba El-Hefny competition, which accompanies the activities of the 29th session of the Arab Music Festival and Conference.

At the opening of its 42nd session, the Cairo International Film Festival honors the great Egyptian writer and screenwriter Waheed Hamed with the "Golden Pyramid Appreciation" award for lifetime achievement, in recognition of his career spanning more than five decades, during which he presented to the Egyptian and Arab audiences more than 40 films, and about 30 A television and radio series, most of which were able to combine both public and critical success.

The Ministry put the final touches to convert the golden voice competition for "developing singing talents" into a national project that travels all governorates of the Republic.

The Golden Voice competition is carried out in cooperation between the Cultural Development Fund, the General Authority for Cultural Palaces, and the Egyptian Opera House. The competition is scheduled to start in conjunction with the return of the new year for schools in all governorates.

Culture committees have been formed to sort out all the talents that will advance, in addition to caring for them because they will represent the true talents of Egypt, and the competition can be submitted through schools, libraries, or public bodies for cultural palaces.


The return of the local biennials

The Fine Arts Sector organizes, for the return of local biennials, exhibitions of fine arts, and the preparation of exhibition halls for fine arts.

The National Organization for Urban Coordination is completing the City Memory project by issuing books that talk about the protection of architectural and heritage buildings in areas with a heritage character, such as Garden City and Zamalek.

The sources pointed out that Dr. Enas Abdel-Dayem stressed to all heads of sectors and bodies the need to follow the digital transformation system in all cultural and artistic activities to deliver them to followers online.