The story of the Egyptians' struggle against the Hyksos 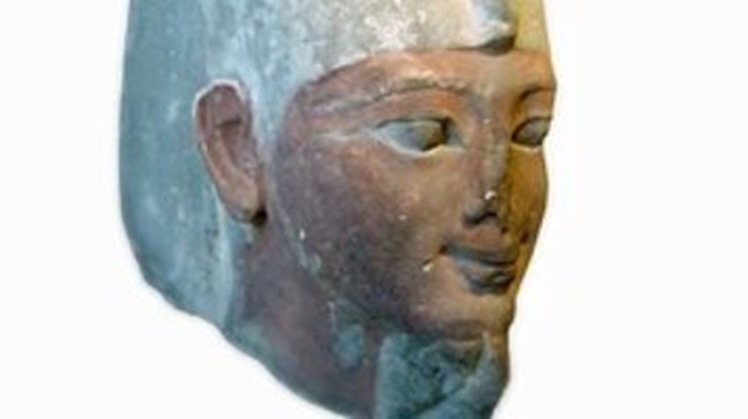 Mon, Jul. 20, 2020
The occupation of the Hyksos for Egypt since 3600 years, is one of the exciting topics and a huge substance for researchers, because it holds many mysteries, most notably the lack of knowledge of where the Hyksos came from, as it is this occupation is the first for Egypt, which lasted for a long time for more than 100 years, but the stories of the struggle of the Egyptian people And his ancient Egyptian kings stood with courage against this occupation from the first King Shkhenen Ra passing through "Kams" until they were flown at the hands of King Ihs I.

“The Hyksos surprised the Egyptians and attacked them in large numbers that the Egyptians could not resist, so they burned the cities and temples and entered into Egypt and took their capital in the eastern delta called Zwan, and gradually spread until they took control of northern Egypt,” said the historian Maniton, on the occupation of the Hyksos Egypt 3600 years ago. , Which is one of the topics that occupies all researchers, and a reason may be the reason because it was the first occupation of Egypt, and remained for more than 100 years, or it may be lack of knowledge of the Hyksos came from the foundation, and during the next report we review the sites where the battle to liberate Egypt took place

King Sakan Ra is called by many names, such as "Ra Tao" or Sakanan Ra Taaa II, which is one of the kings of the 17th family, and it is she who ruled southern Egypt from Thebes "Luxor now."

Dr. Hussein Abdel-Basir explained, in special statements to "The Seventh Day", that at the beginning of the rule of the 17th family, under the leadership of King Sakan Ra II, it resisted the occupation of the Hyksos, which had occupied a large part of the Egyptian land and for a period of time reaching the century, when it was There is complete control over northern Egypt, and their influence extends to the central region.

He pointed out that there is a story on one of the Egyptian papyri showing the beginning of the struggle between the Hyksos and the good rulers, who declared their alliance with their neighbors from the princes of Egypt in the north and south, and they wrote their names on cartridges preceded by nicknames in the Hyksos, and the expression of their Egyptian strength against the Hyksos.

Hussein Abd Al-Basir pointed out that the story tells the King of the Hyksos Abu Vis trying to engage the king Seqen Ra, and he sent him a letter carrying funny reasons for humor, and showed the desire of the Hyksos king to contact the Ra’s Sakan, which is that he complains about the sounds of hippos that swim in the lake The Holy Temple of God Amon is in a good area, and it disturbs him very much, and he cannot sleep because of it within his capital Avares, which is hundreds of kilometers away from Thebes, but Sakan Ra answered him intelligently, proving that he calls for peace and not for war.

The war to liberate Egypt from the occupation of the Hyksos, in which King Sakanen Ra defended the land of Egypt with honor, explains the mummy of the king and is located in the Mummy Hall in the Egyptian Museum, the injuries he sustained, which also show mummification of it due to the speed of mummification work amid the battle.