Not only the Baron Palace .. The Federal Palace and the Basilica Church are the most prominent works of Baron Empain 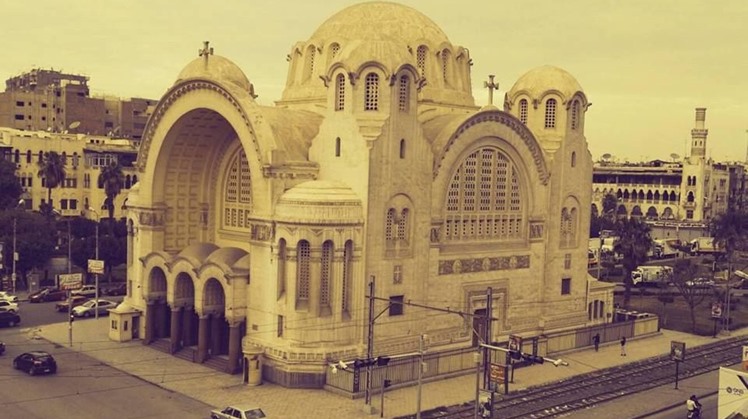 Tue, Jun. 30, 2020
Finally, after years in which the historic Baron Palace in Cairo remained closed, after decades of neglect extended to it, President Abdel Fattah El-Sisi opened the ancient palace of Heliopolis neighborhood, after his renewal and his return to his original jewelry again.

And this palace was named after the "Baron Palace" relative to its owner, the Belgian millionaire Baron "Edward Empain" who came to Egypt from India at the end of the nineteenth century after a few months after the opening of the Suez Canal .. But this palace was not the only one that the Belgian millionaire built in Egypt, but it is attributed to him an architectural renaissance in Egypt, among them palaces, churches and noble neighborhoods.

Founded by the Belgian Baron Empain in 1905 under the supervision of the Heliopolis Company for Housing and Development ("Egypt's Railway Company and the Ain Shams Oasis" - previously), and was built in the neighborhood of his famous palace (the Baron Palace), and the area is characterized by large buildings, and metro lines, which was a subsidiary of a French company Before the nationalization of foreigners ’property in the 1960’s, it is why today it is called the Heliopolis Metro. And he celebrated in the year 2006 AD 100 years since the founding of the neighborhood.

According to the researchers, Baron Empain built a huge hotel in the suburb of Heliopolis, which is the old Heliopolis hotel that recently joined the presidential palaces in Egypt and became its Federal Palace, which is currently the main headquarters for the rule of Egypt and was then owned by a French company specialized in the hotel field and it was opened on December 1 of 1910 AD as the first stage for its hotels in the continent of Africa, and it was called the Heliopolis Palace and put the architectural design for it Belgian architect Ernest Gaspar. The hotel included 400 rooms along with 50 private apartments and several huge halls. The construction was carried out by two construction companies that were among the largest companies operating in Egypt at that time, namely the company Leo Rollin Partners and Padova Denta Maru and Ferro and German Messes Siemens and Schubert participated in the implementation of the hotel's electrical work.

The masterpiece of the Baron Church or the Basilica Church, which was built by one of the most important French Heliopolis builders, Alexander Marcel in 1910, came at the request of the Baron Empain and was from his own money and away from the company of the oases of Heliopolis at that time. The church drawings were drawn in the Byzantine style, which is a microcosm of the Hagia Sophia Cathedral in Istanbul. The basilica church is located at the beginning of Al-Ahram Street and the Baron called it "Notre-Dame de Tonger" Belgian. After the death of Baron Empain, the church became part of the inheritance of his second son, Louis, and was subsequently donated by the Louis family to the Catholic Church in Egypt.

One of the most famous and oldest fields of Heliopolis in all, this three-sided field was characterized by huge buildings designed with unique architecture by the hand of Baron Empain and from this field was the beginning of Heliopolis with the historical tawaks that Al-Korba Square is famous for and away from the timeless architectural masterpiece. Baron Empain Palace "٬ work began in 1906 and opened in 1910 in a grand ceremony.