Pharaohs warriors ... Horemheb, the first to develop laws to regulate the public's life 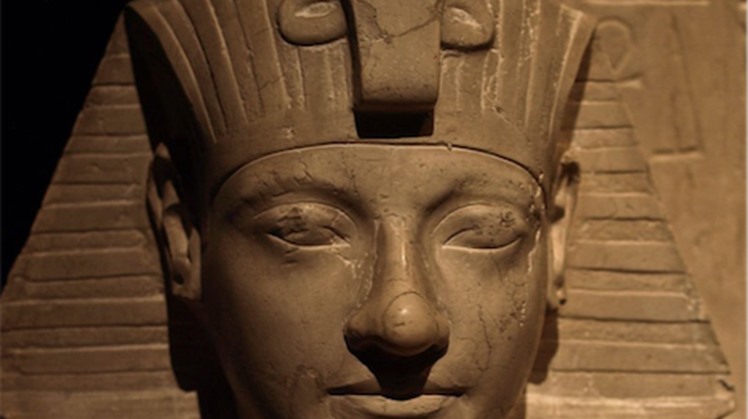 Sun, Jun. 7, 2020
The pharaoh and the military commander Horemheb was the last of the eighteenth pharaohs of the Egyptian family in Pharaonic Egypt, and his full name is Hur Mehbir Miri Amun and it means "Hur in the feast of the beloved of Amun", and we do not know much about the background of the pharaoh Horemheb, but he was the commander in chief of the army of King Akhenaten, and during the coming lines We review the details of the life of the king through the book "Pharaohs, Warriors ... Diplomats and Military" by Dr. Hussein Abdul Baseer.

The book "The Pharaohs of War" says that the importance of Hur Mahbub began to appear during the reign of the young pharaoh King Tutankhamun, as he appeared as a photographer alongside the king in his cemetery as a military commander who built a loving soul for himself in the Saqqara region before he became ruler of Egypt, and played the role of the royal speaker The external name of Egypt.

Hor Moheb personally led a diplomatic mission to visit the Governor of Nubia, and accordingly, the visit of the Governor of Nubia to King Tutankhamun took place, and Hor Moheb rose in importance during the reign of Tutankhamen, and became the commander in chief of the army and a pharaoh's advisor for foreign affairs.

There were two ministers of Tutankhamun, the divine father and the other, who was the military commander, the great general Horemheb, and after the death of Tutankhamen, the king received any reigns for a short period, and then came his archenemy and his rival, the second minister, the military commander, the great general Hor Moheb, who was During his reign, the systematic destruction of most traces of the reign of Tutankhamun and King Ay.

The book "The Pharaohs of War" explained that Hur-Moheb restored stability to Egypt after a period of chaos, and was struck with an iron hand at the hands of mischievers and spoilers in the Egyptian state at the time, and King Hur-Moheb was the first to develop legislation and laws to organize public life in history.

It is loved by the Egyptian Museum
Horemheb Egyptian Museum
And he was interested in issuing many laws that regulate the relationship between the individual and the ruling authority, and Hur-Moheb began a comprehensive series of internal reforms to prevent abuse of power, eliminating privileges that were in the hands of a few officials, and had begun during Akhenaten's era, and restored centralization and prestige to the state ,. When Hur-Moheb took over, he restored discipline to government administration, appointed judges, and restored local religious authorities. And the division of power in the rule of Upper Egypt and Delta between the ministers of Thebes and Menf, respectively.

The book added, and Akhenaten’s policy had lost Egypt to its empire, which was founded by the great kings of Thutmose I and Tuthmosis the Third, and Hur-loving Egypt returned its prestige abroad, and Hor Hur-loving, his companion in the army, chose Minister Ramses (King Ramses I after this) as his successor to the throne.


Dr. Hussein Abdel-Basir indicated that the pharaoh’s martial poplar came from the rule of Egypt because of the necessity necessitated by the conditions in Egypt after the turbulent era of Amarna and his successors, and returned the populist poplar to the country. He opened to Egypt a page of glory by choosing his military leader feat Ramses to succeed him. On the throne of Egypt in the name of Ramses I, opening a great page of the glory of ancient Egypt, and I mean the period of Ramesses’s reign, the first of which was Ramses I and his son King Seti I, and his grandson, King Ramses II, the first hero of war and peace in history.