Pharaohs warriors ... King Ahmose I, the maker of Egypt's military glory and who expelled the Hyksos 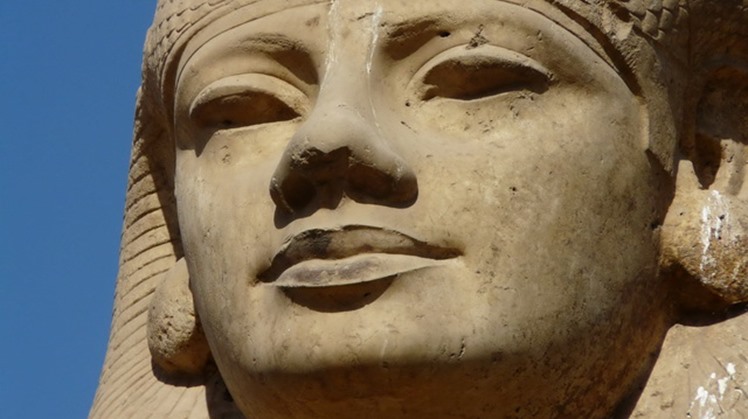 Sun, May. 17, 2020
The liberator of Egypt from the Hyksos and founder of the Eighteenth Dynasty, the era of the sprawling Egyptian Empire in the ancient Near East, is King Ahmose the First, and no royal document has been found from his reign to tell the story of his expulsion of the Hyksos, but we knew the story of this glorious struggle through the biography of two leaders Of the military leaders of this king.

The book "The Pharaohs of Warriors ... Diplomats and Military" emphasized to Dr. Hussein Abdel-Basir the importance of the biographies in Pharaonic Egypt and their use as a document of history, and the two leaders are the naval commander Ahmis Ibn Abana and the ground commander Ahmus bin Nakhbat "meaning the slope of the city of the Cape in Aswan", and a record on The walls of their tombs in the Cape are his heroic deeds in the war campaigns under the command of Ahmose I, who after Saqan Ra Ta Ta II and Kames managed to seize the capital of the Hyksos Avares “Uares” and traced their tracks east to southern Palestine, where they were holed up in the impregnable Sharouhin fortress in Gaza ".

Dr. Hussein Abdel-Basir added, Ahmose the First besieged this fortress for three years until he managed to seize it after he inflicted upon them a terrible defeat that demonstrated the greatness and valor of the Egyptian fighter in the face of our enemies, and this fighting king distracted them from the ground and disappeared after that from history and did not return to them Any mention as if they did not exist before.

In the epic of our father’s proud struggle against the Hyksos, we can not forget in any way the role of the great Egyptian woman in sharpening the men’s grief and presenting the hero after another in defense of the great land of Egypt.

The book “The Pharaohs of Warriors” indicates, in the first place, the grandmother comes Shri wife of Sakan Ra’s Taa I and the mother of Sakan Ra Ra Taaa II. He built a shrine for her there.

The second queen is Ahiahotep, wife of Sakan Ra, Taa II, and mother of Ahmose I, and this queen played an important role in the life of her husband and son, and a plaque in the temples of Karnak refers to her military role as she was caring for soldiers and interested in the affairs of Egypt and that she eliminated enemies, and found in her grave an ax and dagger And in this is what the role of this military queen appears in that period, and the third queen is Ahmose Nefertari, wife of Ahmose I, who participated with her husband in honoring the grandmother Tatry. She was the best companion to her husband Ahmose I in his struggle until Egypt was liberated from the occupation of the Hyksos.

King Ahmose I, the editor of the new and unified Egypt after a long rupture, the maker of Egypt's military glory and the founder of the Eighteenth Dynasty, who inspired his successors to establish a vast Egyptian empire in the ancient Near East as one of the most important lessons learned from the occupation of the Hyksos of Egypt, which is defending Egypt on a non-Egyptian land that follows the Egyptian Empire .