Warriors Pharaohs ... Amenhotep the First to built an Egyptian empire and the workers loved him 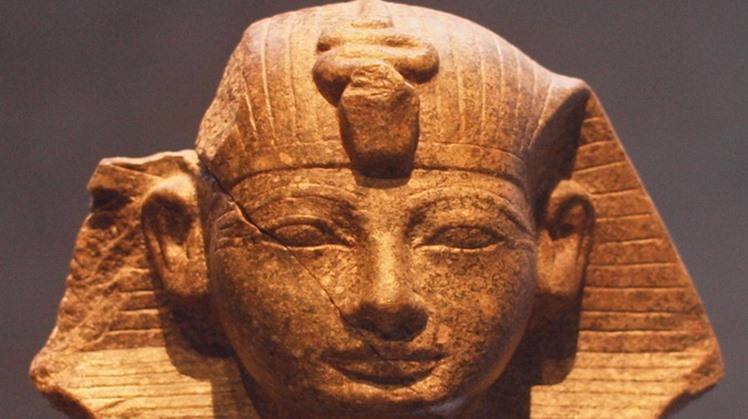 Sun, May. 17, 2020
The son of the great king, Ahmose I, from his famous wife, Queen Ahmose Nefertari, who helped him and took care of him when he was young, he is Amenhotep the First, the first king to carry this name in the eighteenth family, and his name means "Amun satisfied or" Amun Saeed ", and he inherited the characteristics of his grandfather and his father and rose up By taking the same policy at home and abroad, we see him embarking on a military campaign in the Levant behind the northeastern borders of Egypt.

At the beginning of the rule of his successor, King Tuthmosis I, he states that the scope of his rule extends to the Euphrates River, even though no military campaigns have begun yet.

And the book "The Pharaohs of Warriors .. Diplomats and Military" says by Dr. Hussein Abdel-Basir, the Egyptians exaggerated the depiction of this physical strength of the king, so we see him as a photographer holding a lion from his tail, then he raises it at a lightning speed, and eliminates it, despite the fact that this exaggerated artistic photography is not true It reflects the Egyptians ’pride in their king’s incredible physical strength and his courage and bravery.

The book “The Pharaohs of Warriors” explained that the workers of the Deir al-Madina district, on the western mainland of Luxor, in the era of the Pharaohs, remained for many centuries setting up the cemeteries for the worship of Amenhotep the First and offering him offerings, but there was a special tradition that the priests of his temple were of the workers themselves, and comes The sanctification of the workers by him, given the interest of this king in the sects of the workers and the establishment of a special system of work for them, and gave them their livelihoods, and then came their appreciation for this king, the darling of the workers.

Dr. Hussein Abdel-Basir pointed out that the Egyptians gave his name to one of the months of the year in which the celebration of his memory was taking place, which is a month of Baramhat in the Coptic calendar, and his reverence did not stop with the workers' sects only, but his reverence extended to a large number of nobles, and there is a trace of a priest And it is known as "Hawa", in which Amenhotep the First sanctifies his mother, Ahmose Nefertari, and his father Ahmose the First.