Queens of Egypt: A new exhibition at the National Geographic Museum in Washington, D.C 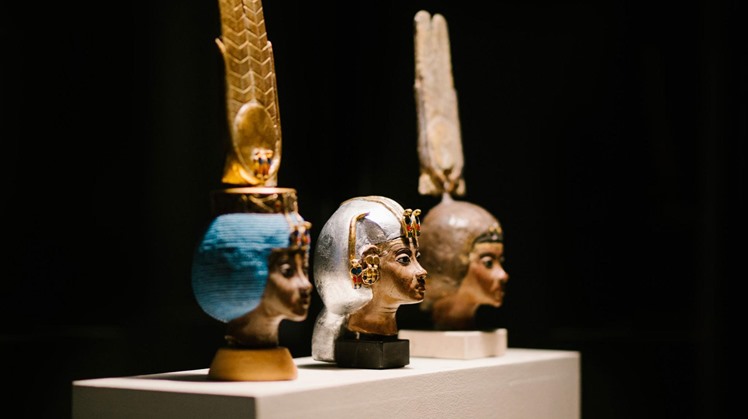 Mon, Mar. 4, 2019
CAIRO - 4 February 2019: In an attempt to highlight the special ways women wielded power in the land of the pharaohs, he National Geographic Museum in Washington, D.C. exhibits more than 300 ancient Egyptian artifacts on display, titling the exhibition "Queens of Egypt". From shabtis from Queen Nefertari's tomb to statues depicting the leonine goddess of battle, Sekhmet—the exhibit shows the myriad ways that ancient Egyptians worshiped and respected fierce female leadership.

In her recently published book "When Women Ruled", and as the inspiration for the new exhibit, Egyptologist, archaeologist, and professor of Egyptology at the University of California in Los Angeles, Kara Cooney examined six female power profiles of six ancient Egyptian leaders—Merneith, Neferusobek, Hatshepsut, Nefertiti, Tawosret, and Cleopatra—and the existing power structure that enabled them to rule thousands of years ago.

In her book, Cooney explains how women were tapped to rule, she reveals that it was neither out of respect for gender equality nor to empower females. Often queens were tasked with protecting the throne for young male princes who were still too young to make decisions. Their steady hands could guide the nation as a way to transition power without shaking up the status quo of the patriarchy.

"Indeed, when there was a political crisis, the ancient Egyptians chose a woman time and again to fill the power vacuum—precisely because she was the least risky option," Cooney wrote in a recent article for National Geographic.