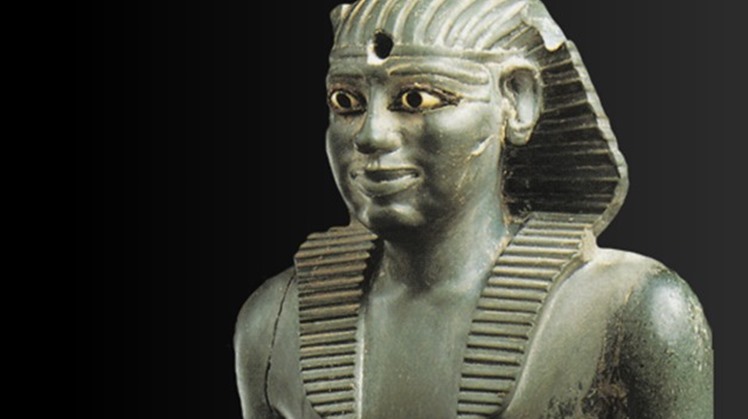 Sun, May. 10, 2020
King Pepi I Meryre ruled in the Sixth Dynasty towards the end of the Old Kingdom. He pursued an expansionist policy in Nubia and worked to reach and secure trade routes to countries far from Egypt, such as Lebanon and Somalia.

During his reign, the first real army was formed in Egypt. Among the most famous senior men in his country was the owner of the cemetery in Abydos, Sohag. One of the most beautiful biographies from the era of the Old Kingdom is the biography of this employee, which was written on one of the walls of his tomb and was taken to be exhibited in the Egyptian Museum.

According to Hussein Abdul-Basir's book "Pharaoh Warriors, Diplomats and Military", during the reign of King Pepi I Meryre, the Egyptian Delta was subjected to numerous raids from the Bedouins on the northeastern borders of Egypt.

In order to repel their attacks -that the few garrison in these areas did not succeed in dealing with-, King Pepe I commissioned the owner of the Abydos cemetery to lead military campaigns in the Levant.


This is when the very first real Egyptian army was established, consisting of many thousands of Egyptian recruits from southern Egypt to the north. This is in addition to a large number of Nubian recruits and Libyans who were loyal to Egypt.

According to the book, the Egyptian army succeeded in stopping the Bedouin attacks. The army’s leader was extremely proud of being assigned by King Pepi I Meryre to lead the ferocious Egyptian army.

The most important thing in the text of the army leader’s biography is that he and his soldiers acted according to the standards of the ancient Egyptian morals. No soldier stole any bread from the land of these Bedouins. Not one Egyptian soldier seized a single sheep from the Bedouins.

The brave army of Egypt returned victorious to its blessed land after destroying the Bedouins residing in Egypt's northeast borders, the eastern gate of Egypt throughout the ages.

All this indicates the greatness, strength and valor of the Egyptian fighter, and the extent of the Egyptian army’s preparedness and commitment to ethics, refusing to attack civilians and steal or plunder anything from the enemy’s territory, and committing to the humane treatment of the prisoners of war (POWs).