Pharaohs warriors .. King "Mina" fought for the formation of a nation and the founding of a state 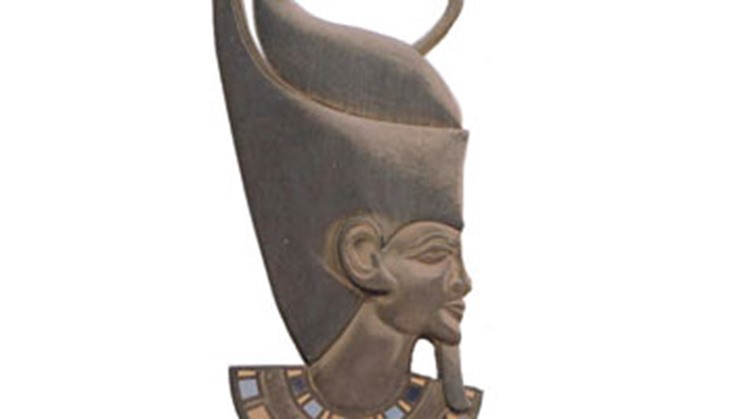 Mon, May. 4, 2020
The first warrior king of Egypt was the pharaoh Hor Aha, meaning "the warrior falcon," whose name shows the nature of the period in which he lived, and he was called "Mina" or "Mina" meaning "fixed", that is, who established the pillars of Egyptian unity, and this king witnessed during the reign His father, King Narmer, or Narmer, the last king of the Zero Family era, is a long era of political and military conflicts across Egyptian land as a whole.

The book "The Pharaohs Warriors ... Diplomats and Military", by Dr. Hussein Abdul Basir, King Hor Aha or Mina is the first king of Egypt, and he was the one who unified the two countries and established the central state in about 3200 BC, and the military power in the era of this founding king was based on Unifying the land of Egypt under one force and under one banner and defending the Egyptian borders against any external aggression, while extending Egypt's influence in the south in the Nuba lands and in the northeast in the Levant.

And Dr. Hussein Abdel-Basir, as an inscription on a card made of ivory from the Abydos region in Sohag Governorate in Upper Egypt, indicates a military campaign by King Hor Aha against Nubia, and this year was named "the year of control of the Ta-city region" I.e., Nubia), and immediate remnants from the area of ​​Ain Basur in southern Palestine show that this region was an active center during the reign of this king, and that there were Egyptian military and administrative centers in this part of southern Palestine to protect and secure Egyptian trade routes.

The book, "The Pharaohs of Warriors .. Diplomats and Military", pointed out that King Hor Aha extended the borders, control and influence of Egypt to the Byblos region in Mount Lebanon on the Phenic coast, and the cemetery of King Hor Aha provided us among the tombs of the kings of the first family in Abydos, with the remains of vessels from the south of the Levant. .

And Dr. Hussein Abdel-Basr emphasized that King Mina Pharaoh fought for the establishment of a nation and the founding of a state, and that is the belligerent Egypt that taught the world the principles of justice, truth, power, non-aggression and the defense of homelands since the dawn of history. 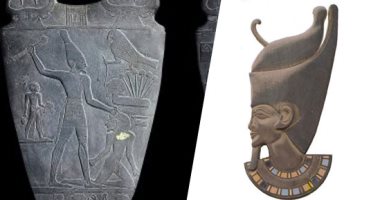 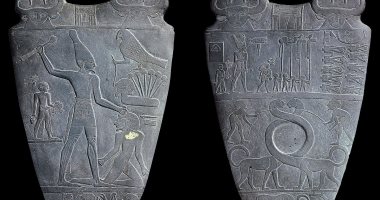