A museum at home ... See the works of Mahmoud Mokhtar within the "Fine Arts" collection 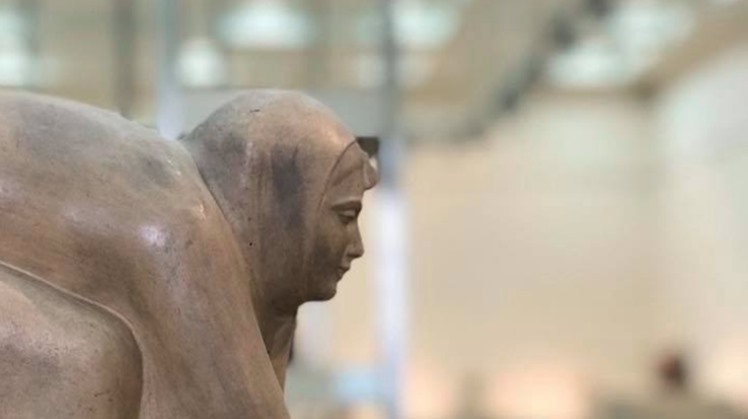 Sun, Apr. 19, 2020
The Fine Arts Museum, affiliated with the Fine Arts Sector, continues to invite citizens to stay at home, through its official page on Facebook, saying, “Stay in your house and we will bring the museum to you until you”, in order to tackle the Corona virus, and the most important holdings of the Museum of Fine Arts in Alexandria You will see it in (Online Museum), and the museum presented a tour of the corridors of the Fine Art Museum, the works of Mahmoud Mukhtar .. the first pioneer of Egyptian modern art.

Mahmoud Mukhtar was born in the outskirts of Al-Mahalla al-Kubra, specifically in the village of Tanbara on May 10, 1891. His father, Ibrahim al-Issawi, was the mayor of the village, but Mukhtar lived with his maternal grandmother in the house of his uncle in the village of Nasha in Mansoura, and it was known that when he was a young child he spent most of His time next to the canal creates scenes in the mud around the village. Mukhtar came to Cairo in 1902.

He lived in its old neighborhoods, and in close proximity to it opened the School of Fine Arts in Dar Jamies in 1908, and the entrance of the boy was to an unexpected future, after he joined the first class at the school when he was seventeen years old. Mukhtar's talent seemed to shine for foreign professors, causing them to assign him a special studio within the school building. His talent also prompted the school's sponsor, Prince Yusef Kamal, to send the boy to Paris, so that he could be studied there, just as Michael Angelo grew up in the care of the Florentine prince Lorenzo de 'Medici. , Mahmoud Mukhtar grew up in the care of the Egyptian Prince Youssef Kamal. Mukhtar died early on March 28, 1834, leaving sculptures of the least genius.

He was genius genuinely and globally, with distinction. The talk never ends on Mukhtar. Look for his works and his life for indescribable pleasure.