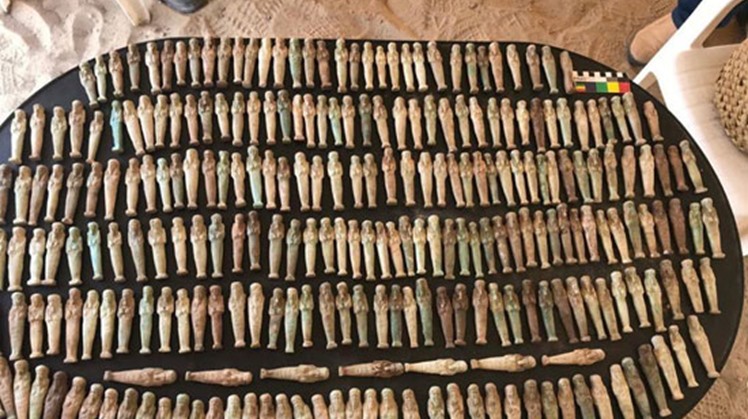 Sun, Apr. 19, 2020
Dr. Mostafa Waziri, Chairman of the Supreme Council of Antiquities, published new photos of the new archaeological discovery in Saqqara, which was announced recently.

According to Dr. Waziri, through his account on Instagram, five stone coffins were found in good condition, preserved under a well 11 meters deep, explaining that in one of the niches below the well, burials were discovered, and next to it a statue of the god "Ptah Suker Ozir" and a small obelisk of wood , In addition to 365 Uchapti statues, mummy cards, amulets, and other wooden statues of the god Ptah Sucre Ozir are found among the layers of the rudiment.

The Ministry of Tourism and Antiquities announced on Saturday, on the occasion of the World Heritage Day, a new archeological discovery, located at the site of the Cemetery of Animals and Holy Birds in the Saqqara Archaeological Zone, in which during the past two years many archeological discoveries were made in the hands of the sons of the Supreme Council of Antiquities, The most important of them was the discovery of the magnificent Wahati's colorful cemetery and the cache of animals and sacred birds, inside which a large number of animal mummies were found, some of them very rare.

The ministry explained that work began in this promising region from April 2018, and work is still ongoing until the completion of work in the third season in April 2020, a well measuring about 120 × 90 cm with a depth of about 11 meters was discovered, and a burial chamber was found in Its floor has five closed stone coffins, and 4 niches in the walls of the room with wooden coffins and human burials dating back to the late era.

In one of the niches, a huge wooden sarcophagus was found in a human body, attic of the yellow supply. Around the sarcophagus, many artifacts were found, including: 365 statues of Shabanis, some of which had hieroglyphic inscriptions - a small obelisk of wood, about 40 cm in height, decorated with landscapes and colors from all sides of the gods. Isis, Nephthys and Horus - wooden statues of the god Ptah Sucre Uzir - three canopic vessels of pottery to keep viscera, as well as many other artifacts.

All the small artifacts were removed from the well to be restored and deposited in the Ministry's warehouses. Khaled Al-Anani, Minister of Tourism and Antiquities, said that the celebration of the World Heritage Day in front of the foot of the pyramid, we send a message to the world to remind the people of Egypt and say to them, "Your uncle is at home.

Al-Anani added that tourism and antiquities are working on setting a guide to receive visitors that will be applied after the end of the Corona virus crisis, and you will find after applying healthy reception conditions in hotels, restaurants, and sterilization will be different, for the whole world learn a lot from that crisis, and we will come out stronger than we were. 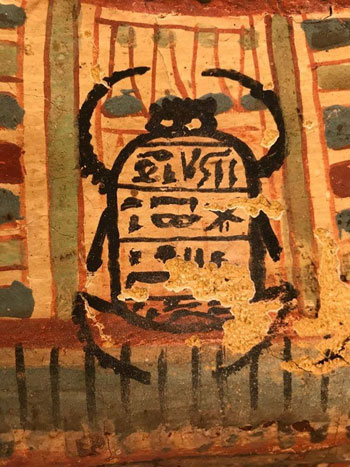 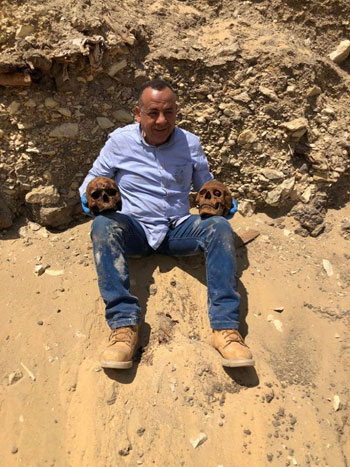 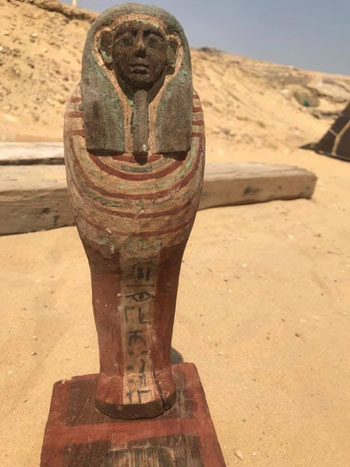 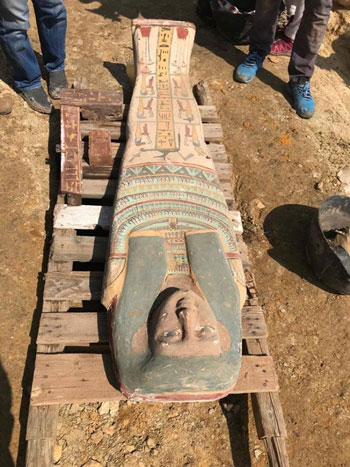 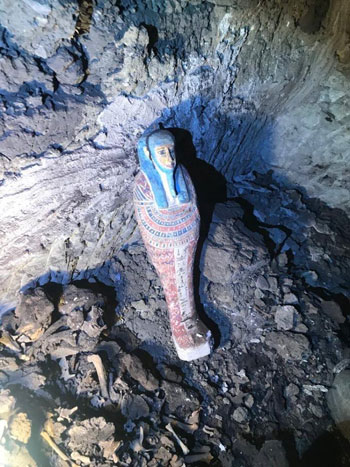 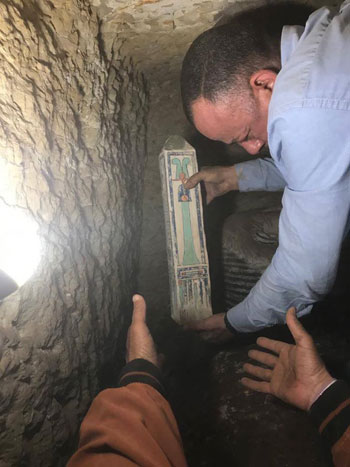 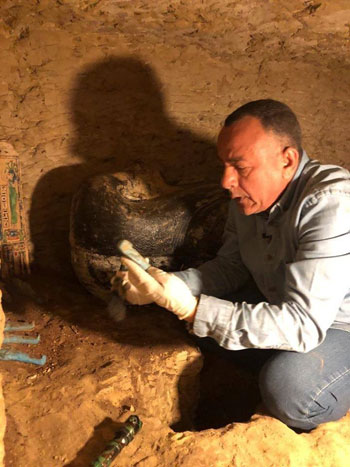 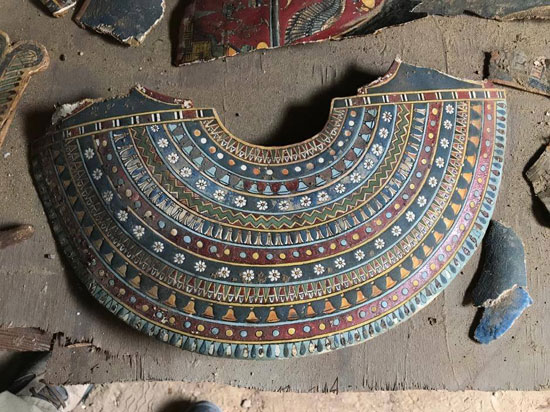 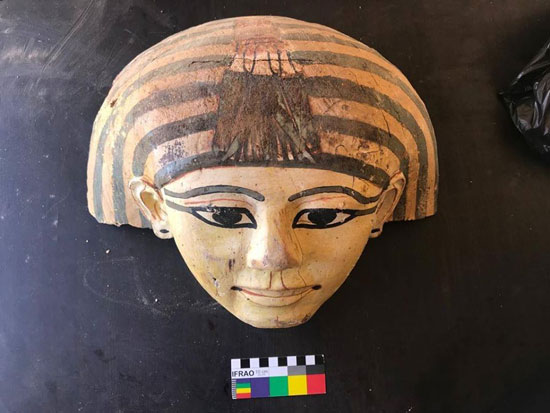 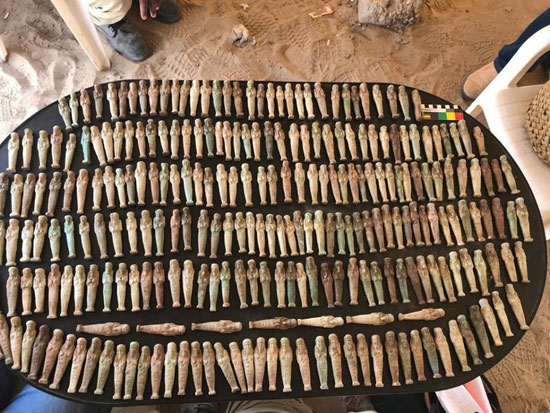 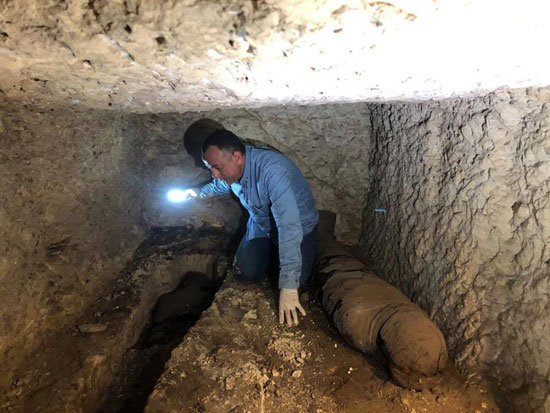 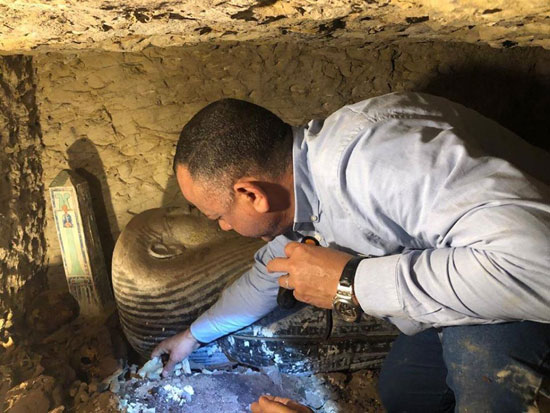 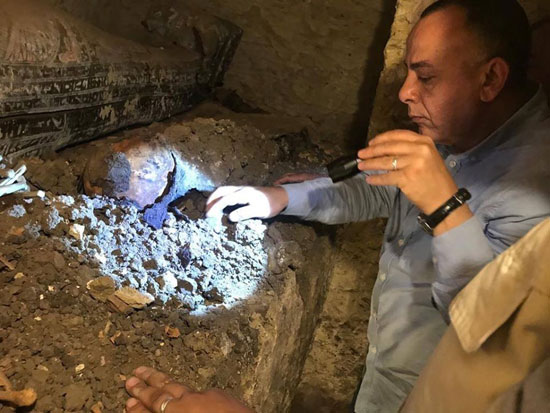 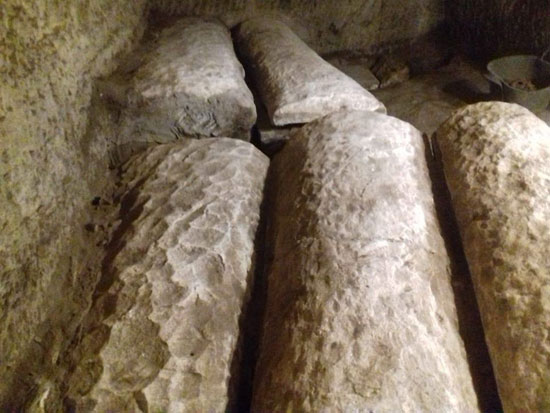 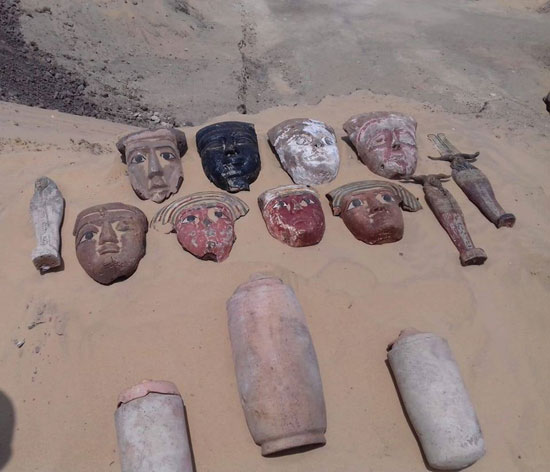 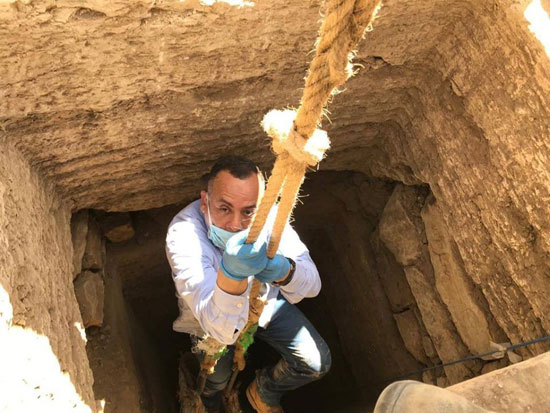