Was Ibn Ezra temple a church and turned into a temple for the Jewish community? 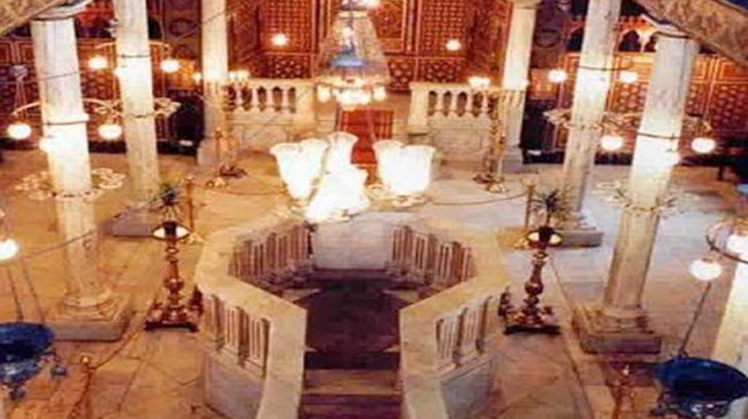 Q / What is the origin of the Jewish temple bin Ezra?
A / There was originally a church called the Church of the Simeon, and the Orthodox Church sold it in 882 CE to the Jewish community.

Q / Why did the church sell the building to the Jewish community?
A / In order to collect an amount of money that Ahmed Ibn Tulun imposed on Christians.

Q / What amount did the nationality obtain as a result of the sale?
A / Abraham bin Ezra paid at that time 20,000 dinars.

Q / What is the architectural description of the temple?
A / The temple is built in the Basilica style, where the marble columns that divide the hall into three sections, the widest and the highest, the central portico are surmounted by a rattle, while the structure that includes the Torah cup is located in the eastern wall of the temple, and it is of wood inlaid with fillings of seashells and ivory, and the platform is located in the middle of the temple and is from Marble and ascend to it several steps where prayer is administered, while the women's balcony is located on the upper floor and ascends to it with a wooden staircase from outside the building, and at the end of the women's balcony from the north side is the funeral room that contributed to the fame of this temple; Inside it was thrown Books and papers for a long time until I discovered.

Q / Where are the books and papers discovered?
A / transferred its contents in 1896 AD to the University of Cambridge.