Pharaohs' talismans against epidemics .. They thought the epidemic was "retaliation" and they made 700 talismans to confront it 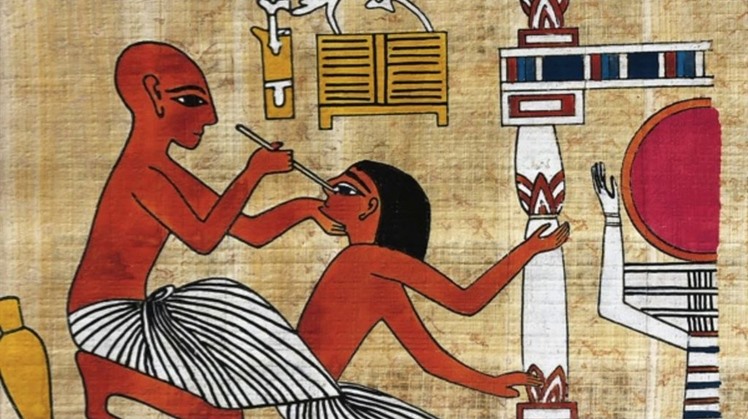 Sun, Apr. 5, 2020
Perhaps the question that is looking for an answer now about the Corona virus is: Covid, how does the world get rid of it and does a person reach a treatment that would protect him from this deadly epidemic, or will humanity pay the result of its negligence in dealing with nature on this crisis planet.

Epidemics are not a result of this era. Since the beginning of creation, people have experienced various forms and types of damaging diseases and viruses, some of which have been so deadly that they have claimed millions of people. Now, with no treatment facing the risks of “Covid 19” until now, some believed that the virus is what Except divine revenge and anger, and some ignorant people went to some religious rituals, as if the disease would not stop except with these strange rituals, not with knowledge, research and treatment.

The ancient Egyptians, and ancient civilizations in general, believed that disease and epidemic angered the gods, and they claimed that evil spirits caused the spread of epidemics and diseases to embody the anger of these gods.

The book "Drugs and Treatment" by Saber Jabra stated that the Egyptians tried as much as they could to expel the diseases from their bodies and expel the evil spirits that caused the diseases. Hence the great aspect that Egypt was famous for and that its men became famous for, which is magic.

According to the electronic magazine “Al-Tebi”, in a report entitled “Ancient Egyptian Medicine”, the ancient Egyptian civilization believed that physical health was linked to spiritual health, and when one of them became ill the healers recommended the abundance of prayer, archaeologists discovered a number of written records describing medical practices Ancient Egyptian, including the Ebers papyrus papyrus, which contains more than 700 prescriptions and treatments for many diseases, and some information about bone structure, brain and liver functioning.

Many researchers mention that the ancient Egyptian believed that illness and pain suffered by a person occur to him because of the sins he committed, that is, as a form of punishment, or to take a lesson in life, or because of the wrath of God and evil spirits, and the treatment was to read some talismans and prayers, The Egyptians have collected a book that collects more than 700 treatments and spells for many mental, cardiac, physical and surgical diseases