The plague in the time of Akhenaten .. The epidemic kills 3 sons of the pharaoh and the possibly Nefertiti 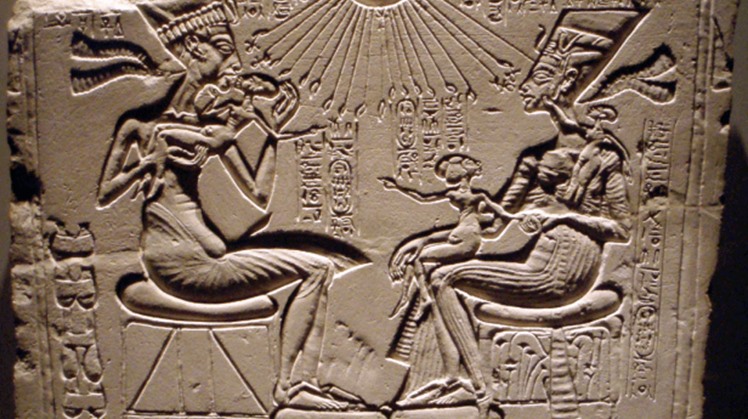 Mon, Mar. 23, 2020
The spread of the new Corona virus forces us to talk about epidemics and their long history in the ancient and modern world, including the plague that Egyptologists referred to, stressing that it occurred in the time of Akhenaten.

During the reign of Akhenaten, the disease plague spread, and he reached his family and took the lives of three of the daughters of the pharaoh.

Some studies suggest that the plague afflicted Egypt during the reign of Akhenaten, which lasted about 17 years (1353 to 1335 BC) in the rule, so that three of the daughters of Akhenaten died during that time.

Some also say that this plague caused the death of the famous queen Nefertiti, where some scholars believe that there is also evidence that Nefertiti died in the fourteenth year of her husband Akhenaten’s rule when Egypt was plagued by the plague plague at the time.

On a subject matter, the American newspaper "Life Science" highlighted the assumption of power by the sisters of King Tutankhamen before him.

The newspaper said that there is a mysterious Egyptian queen who assumed power before Tutankhamun, but her true identity remained unknown, and the Canadian scientist says that this queen may be one of the sisters of the little king, but she caused controversy with this result.

She noted that after the death of King Akhenaten, the father of Tutankhamun, his youngest daughter, who was 12 years old, assumed power and denied the costume of a boy, but she did not continue to rule for a long time. After only a year, she and her sister took over the rule publicly.

She explained that the theory sparked controversy, especially since historians around the world believe that the mysterious queen was Nefertiti Akhenaten's wife.

She added that knowing the boy’s family tree is very complicated, since his discovery of his tomb in 1922 raised many secrets around him, especially since his father Akhenaten called for the worship of one God, and he took from the sun a goddess for a period of time and called it “Aten”.

She explained that Egyptologists knew 50 years ago that by careful examination of the tomb of the boy king he knew that it was originally made for a woman, so even funerary equipment was written in the name of a female, and scientists at the time believed that this queen was Nefertiti, while others believed that the female pharaoh was Mariatin, She is married to her father, but another possibility indicates that it makes sense that this mysterious NFR is the youngest daughter whose birth name was NFR.

The newspaper added that the mystery and complexity are due to the plague disease that struck Egypt during the reign of Akhenaten and resulted in the death of a large number of the Pharaoh family.

Are the restoration of Tutankhamun’s belongings in the laboratories of the Grand Museum done? Thu, Oct. 22, 2020
Not only the face of Ramses ... other places perpendicular to the sun, most notably the Temple of Hatshepsut Sun, Oct. 25, 2020
Director of Archaeological Affairs at the Grand Museum: Tutankhamun’s belongings have been completely restored Sun, Oct. 25, 2020
First stage of Egyptian parliamentary elections kicks off nationwide Saturday Sat, Oct. 24, 2020
Opening of the Nine Pyramids Lounge and the operation of the first environmentally friendly electric bus on the Pyramids Plateau. Thu, Oct. 22, 2020
Rich History: New archaeological discovery in Tuna al-Gabal Sun, Oct. 25, 2020
Egypt: Ethiopia responsible for failure of GERD agreement Sun, Oct. 25, 2020
The Qaitbay archeological area will be after transformed into a heritage hotel Sun, Oct. 25, 2020
Egypt's Sisi participates in 8th tripartite summit with Cypriot, Greek heads of state Thu, Oct. 22, 2020
The Museum of Egyptian Civilization is a national project adopted by the state .. What does it include? Tue, Oct. 27, 2020