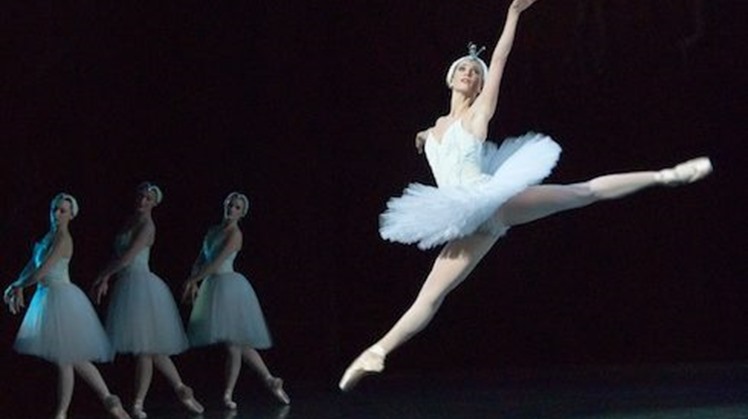 Sun, Feb. 23, 2020
Cairo Opera will present the popular Swan Lake operetta for Pyotr Ilyich Tchaikovsky, under the supervision of art director Armenia Kamel and with the participation of the Cairo Opera Orchestra led by Maestro Nair Nagy.

The Swan Lake Operetta is one of the most important classical four-chapter ballets. Its story revolves around prince Siegfried's sadness, due to his mother's insistence to choose for him the right girl to marry as she will become the princess. That marriage is planned to be done on his birthday.

After arguing with her over his refusal to marry without mutual love, the prince decides to leave the palace and go out to the palace’s garden. His attention was captivated by a group of swans in the lake. The prince decided to follow the swans, before being startled as the swans turn into a beautiful bride and her bridesmaid, who noticed his presence.

The swan princess begins to tell her story, explaining that she fell under a magic spell that turns her to a swan during the day and a princess during the night, and that this magic spell can only be cured by a true love kiss.

The prince becomes infatuated with the princess and decides to take her home to his mother, to marry her on his birthday as planned.

However, this romantic scene is interrupted by the sudden appearance of the magician Von Rothbart. The prince tries to kill the magician in defense of his new found love, but the latter stops him by the fact that if the magician dies, she will remain a swan forever.

In the run-up to the concert, Rothbart kidnapped Odette and locked her in his palace. In an attempt to deceive the love-struck prince, Rothbart bewitched his daughter to resemble the princess.

The prince discovers the trick, sets out in search of the real Odette and arrives at the dungeon where his lover is imprisoned in the enchanted palace of the magician. The magician then turns into a terrifying giant bird that the prince succeeds to kill before the palace begins to collapse, and the prince escapes with his beloved.

It is worth noting that the Swan Lake Ballet was first presented in1887 at the Bolshoi Theater in Moscow, and is one of the most prominent performances of the Cairo Opera Ballet Troupe.