Toshka Culture Palace to be inaugurated on Feb. 20 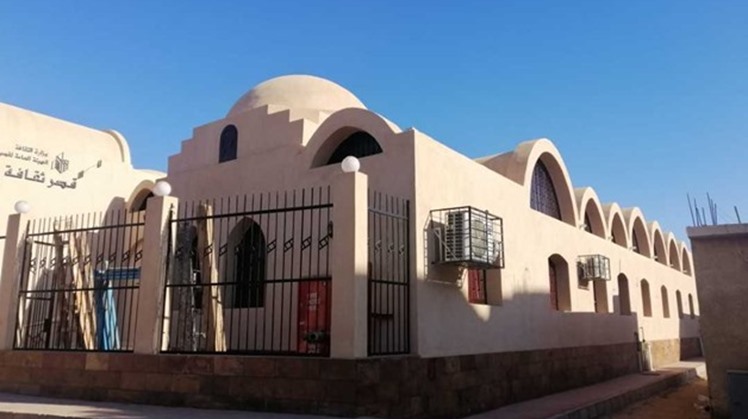 Thu, Feb. 20, 2020
On Feb. 20, Minister of Culture Inas Abdel Dayem and Governor of Aswan Ashraf Ateya will inaugurate Toshka Culture Palace after its renovation in the presence of Ahmed Awad, head of the General Authority for Cultural Palaces.

The minister of culture highlighted the soft powers' important role in developing the society and as one of the important elements for achieving sustainable development.

Abdel Dayem added that the renovation of Toshka Culture Palace is a new step on the road to achieving cultural justice and allowing the neediest border areas to access the intellectual and artistic product. She noted that a diversified program has been prepared to invest in the energies of youth of the South.

For his part, Awad said that Toshka Culture Palace is one of the oldest palaces of the General Authority for Cultural Palaces; it dates back to 1964. The building stopped its operations 3 years ago, due to several cracks in its foundation.

Awad further stated that during the minister of culture's visit to the site in 2019, she instructed a speedy completion of its renovation, in addition to utilizing the entire area of land allocated to it, which reached 1,245 square meters and consists of two floors and a 180-square meter theater.

As for the first floor, it includes the children’s halls and the drop-out room, in addition to rooms to provide services for people with special needs.