Culture Without Borders: The 'Cairo Days for Arab Drama' in Paris 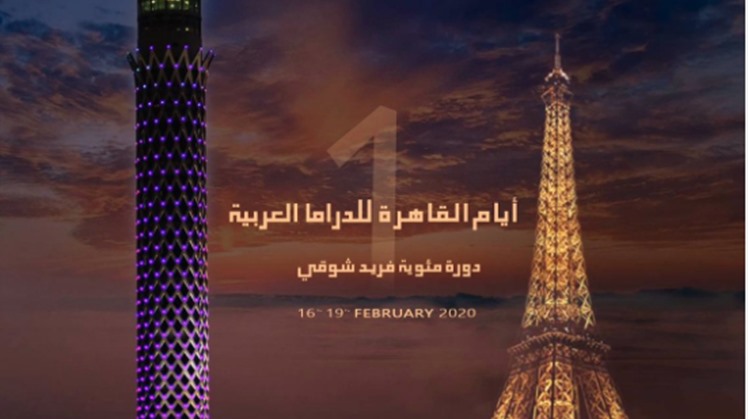 Thu, Feb. 13, 2020
The "Culture Without Borders" Association organizes the Cairo Days for Arab Drama at the Institute of the Arab World in Paris from February 16 to 19, in the presence of 50 of the most prominent drama makers in the Arab world, and the activities aim to shed light on the world of drama in the Arab world as a soft power, And creating a platform for partnerships, knowledge exchange and cultural rapprochement between the various makers of this field in an effort to open new horizons and advance joint Arab productions.

Dr. Abla Al-Aswad, the founder in cooperation with the musician Hany Muhanna, said that this year’s session bears the name of the late great artist Farid Shawky in the context of celebrating the centenary of his birthday, where his name is honored with the participation of his daughter, artist Rania Farid Shawqi, and the icon of the Arab drama is also honored by the great artist Yousra in appreciation For her position in the world of drama, in addition to granting an award honoring the Arab World Institute course for an artist with values ​​in the history of drama after the meeting of the festival's supreme committee, in addition to a special honor for the participating Arab countries, namely Egypt, Tunisia, Algeria, Kuwait, the Emirates and Lebanon.

It is scheduled to display in the opening ceremony a documentary film that deals with the depth and value of Egyptian and Arab drama and its impact on the life of the citizen and the street socially, politically and intellectually. It also highlights the most positive and effective values ​​of the dramatic work, and a set of the most famous sequences of series is also presented.

Abla Al-Aswad added that a set of seminars will be held the following day for the opening of artists and producers with the participation of critics and journalists from Europe and the Arab world, with the aim of promoting cultural and tourism for the participating Arab countries, considering that drama is the most influential soft power in the Arab world.

The founder of the Cairo Days for Arab Drama continued, that this event constitutes an important turning point for Egyptian and Arab drama, as the western world will be acquainted with its production and ideas with a view to interacting with it, to display the most famous sequences of Arab dramas as the main gateway to distinguished works and a reflection of their ideas, and an influencing element for the success of the drama.

Abla Al-Aswad indicated that the first session will be held without competition, provided that the next sessions include competitions, which will be launched in June on the grand stage of the Egyptian Opera House, to be announced soon by arbitration committees, and days will be held every year a session in Paris without a competition to define The aesthetic and touristic aspect and the session will be held in a place in Paris with a different history to emphasize the diversity and richness of the Arab drama arts.

The "Culture Without Borders" association aims to develop culture, especially the drama industry, in the Arab countries that lack it, through organizing production, photography and writing workshops. And filming among young university students as it aims to rapprochement between countries in the Arab world to produce joint series.