Auction in London to sell works of oriental paintings on Egypt and the Arabian Peninsula .. Learn more 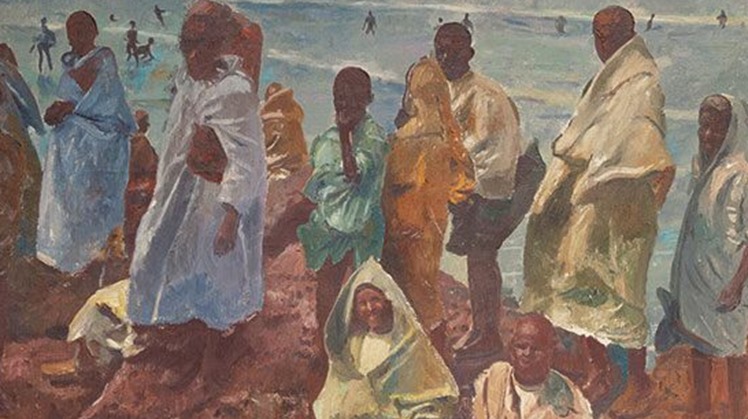 Wed, Feb. 12, 2020
Sotheby's World Auction House is organizing, in London, an auction titled "Orientalists" for the ninth time, on March 31, 2021, and the auction will be held within the auctions of the Islamic week. The auction combines paintings and sculptures depicting landscapes, people and customs in North Africa and Egypt Al-Sham, Arabia, and the Ottoman world during the nineteenth and early twentieth centuries.

The artwork displayed at the auction also depicts scenes of worship and the bustling street, and the auction provides a unique opportunity to see a world that has changed forever, as the technical details embodied every aspect of life in those areas.

It is noteworthy that the plastic arts sector organized the opening of the exhibition "Treasures of Our Art Museums 4 ... Memory of the East", at the Arts Complex (Aisha Fahmy Palace) in Zamalek, and the exhibition is scheduled to continue until Thursday, February 6, and the exhibition catalog includes an analytical study by Dr. Shaker Abdel Hamid The former Minister of Culture and Professor of Creativity Psychology at the Academy of Arts entitled "The Image of the East in the Western Visualizer", in which he displays this forward-looking trend with all its attendant and controversy and the artistic legacy it left behind.

Artist Ihab El-Labban, director of the Arts Complex and the exhibition's founder, said that the art exhibition "Memory of the East" includes a large group of international artists such as (Fatima painting by Dominic Anger, motherhood painting by Baby Martin, Nile painting by Eugene Frommantan, shadow game board by Tudor Frere , A popular wedding party portrait of Narcissus Brechier, an Arab tribal head by Eugene Delacroix, and many others.

Ehab El-Labban explained that the exhibition is a continuation of a group of artistic exhibitions adopted by the Arts Complex "Aisha Fahmy Palace" since its reopening, which is a series of exhibitions "the treasures of our museums", where in this show a rare collection of the most important masterpieces of orientalists that shed light on an important historical period is presented. She left evidence in works.

Ihab El-Labban added that the show is a real opportunity for a generation that was not fortunate to see these works, which reflected an important fact is the passion of the West and their interest in eastern societies since ancient times, but rather filled them with pride that they are part of a society that was and still inspires the West with its charm, its beauty and its beauty.