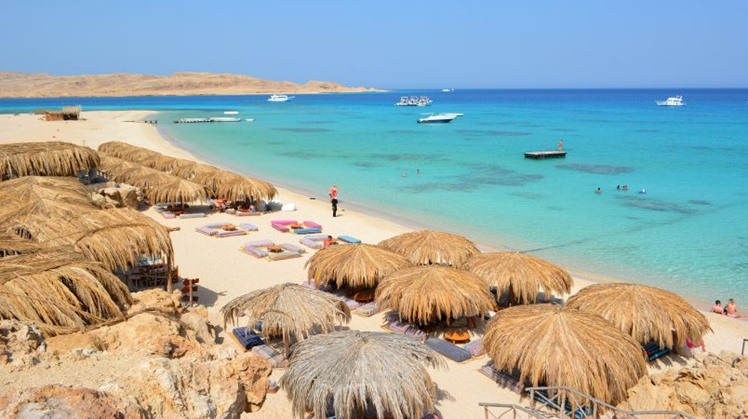 Sun, Oct. 18, 2020
CAIRO – 18 October 2020: "A total of 1800 units have been established to develop slums in five areas in the Red Sea Governorate, for more than LE 1 billion," Informal Settlements Development Fund (ISDF) General Co-Ordinator in the Ministers Council, Ehab Al-Hanafi stated on Saturday.

Hanafi added that the five residential areas include Zarzara, Safaga, Quseir, Mujahid, and Jabal Al-Afash, in addition to markets, such as the Peugeot parking market.

"ISDF works on the entire urban development process, whereby a national map of the areas to be renewed is drawn up; then the residents are interviewed to identify their needs and determine the type of buildings," Hanafi said.

"Some landowners do not fit the apartments. In this case, we provide them with their own house on an area of 200 square meters, of which 90 meters are for the building and the rest for the courtyard," Hanafi added.

The cost of unplanned areas reached about LE 320 billion and that of insecure areas reached nearly LE 40 billion, according to Hanafi.

Hanafi further explained that the ISDF takes into account family relations, as well as the nature of the residents’ life, and works on population development, as the fund places a clause in the urban development file, which is a plan for social and economic programs.

For instance, since some residents of the Asmarat District work as garbage collectors, some basements turned into a small factory helping them in their work, according to the ISDF general coordinator.

Furthermore, Hanafi noted that a protocol has been concluded with BTM and the Productivity Efficiency Authority, where students can be initially assigned to an Apprenticeship Diploma worth LE 12,000 from BTM, with monthly bonuses of LE 3,000 for students who study for the diploma.

Hanafi pointed out that all projects are well equipped to receive all citizens, taking into account people with special needs and adding a ramp to every building.

These areas suffered from neglect in the past, but the government has been working to eliminate these informal settlements and replace them with safe residential areas.

Egypt shall eradicate slums, as part of a national plan that the state undertakes to develop informal areas in the various governorates of the Republic.