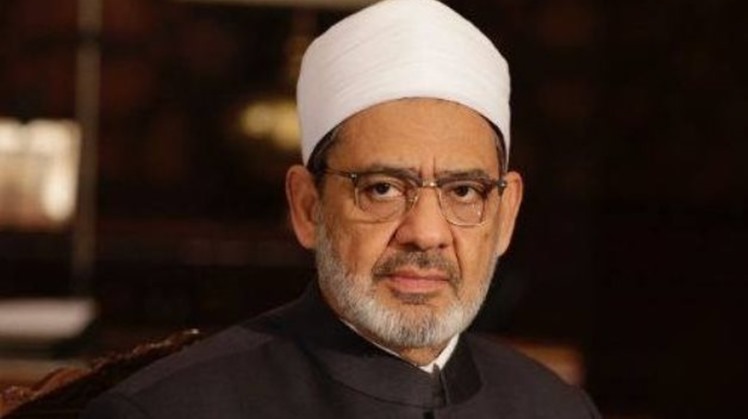 Tue, May. 11, 2021
CAIRO – 10 May 2021: Grand Imam of Egypt’s top religious authority Al-Azhar said word remains “disgracefully silent” towards the violations and “terrorism” committed by Zionists against Palestinians and Al-Aqsa Mosque.

Israeli police have clashed with Palestinian worshippers at Al-Aqsa Mosque as well as Palestinians in Sheikh Jarrah district in Jerusalem, causing over 300 injuries among Palestinian people so far.

Despite international condemnations and calls for restraint, the Israeli police condemned its crackdown on Palestinians during the holy month of Ramadan.

In a Facebook post, Ahmed El-Tayyeb said Palestine “will forever remain steadfast and its people will continue their struggle to defend their land, honour and the Al Aqsa Mosque, the first Qibla and third holiest site in Islam.”

On Friday, Egypt condemned the attack on Palestinian worshippers by Israeli police, according to the statement released by the Foreign Ministry.

The statement urged the Israeli authorities to honor their responsibilities under international law by providing the necessary protection for Palestinian civilians and respecting their right to perform their religious rituals.

The ministry also urged Israel to stop practice any actions that violate the sanctity of Al Aqsa, expressing its rejection of all Israeli attempts to alter the Arab, Islamic, and Christian identity of Al Quds and obliterate its historical and legal status.

Everyone knows it is impossible for all humans to agree on just one religion: Egypt's Azhar Grand Imam Mon, Nov. 8, 2021