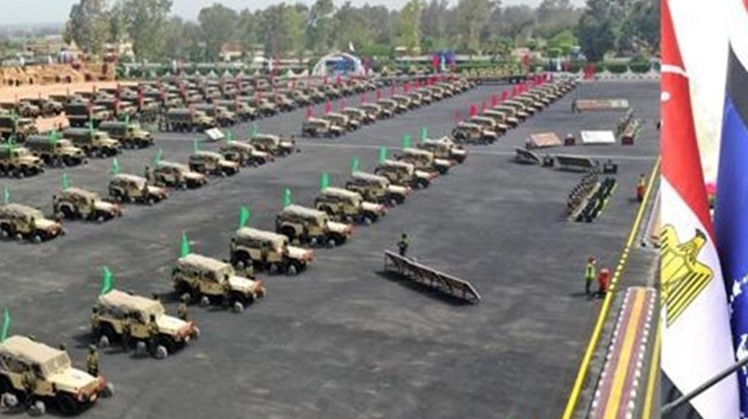 Sun, May. 17, 2020
CAIRO – 16 May 2020: Egypt's Minister of Defense and Military production and General Commander of the Egyptian Armed Forces Mohamed Zaki attended on Saturday the line-up of Paratrooper Forces to follow-up on the level of their readiness for combat and training.

The ceremony was attended by Chief of Staff Mohamed Farid and high-ranking commanders.

Minister of Defense and Military production and General Commander of the Egyptian Armed Forces Mohamed Zaki attended on May 16, 2020 the line-up of Paratrooper Forces – Press Photo

Commander of Paratrooper Forces delivered a speech to present the administrative and technical upgrades achieved recently, and to display the type of missions and duties undertaken by the forces.

The minister listened to the topographic and tactical guidance given to the forces, and the measures taken to upgrade their combat readiness. Later on, he delivered the greetings of Commander-in-Chief of the Egyptian Armed Forces President Abdel Fatah al-Sisi.

Minister Zaki pointed out that the Paratrooper Forces are one of the strong arms on which the Egyptian Armed Forces depend to secure the Egyptian state against all threats.

The general commander checked the forces and the equipment as well as a building prepared to host foreign participants in joint paratrooper drills with other countries.

Minister of Defense and Military production