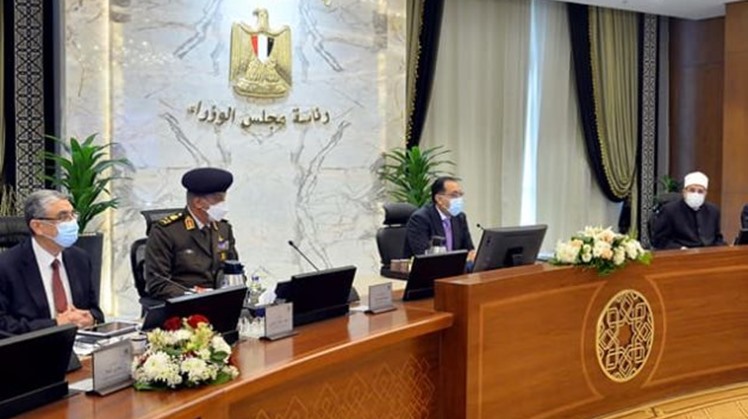 Tue, Mar. 15, 2022
CAIRO - 15 March 2022: The Egyptian government cares about promoting economic cooperation with the Arab and African partners as a top priority, especially in light of the economic and social challenges caused by Covid-19, affirmed Prime Minister Mostafa Mabdouli.


This came during Madbouli's meeting Monday night with a delegation from members of the Governance Council of the Arab Africa Trade Bridges (AATB) Program.

At the beginning of the meeting, Madbouli voiced happiness over the meeting of the Arab and African ministers, who are executive members of the Islamic Development Bank (IsDB) and heads of the financial institutions, who paid a visit to Egypt to attend the third meeting of the AATB program.

The program is considered a platform for consultations, exchanging viewpoints, successful experiments and promoting the government's efforts to enhance trade between the Arab and African countries, added Madbouli.

He, meanwhile, voiced appreciation of the fruitful and constant cooperation with the International Islamic Trade Finance Corporation (ITFC), which is considered one the most active member countries in the IsDB group.

Egypt plans to enhance its cooperation with the ITFC in the future, in light of its pioneering programs, especially the AATB Program, which aims to stimulate and boost trade and investment flows between Arab and African countries, he went on to say.

Planning and Economic Development Minister Hala el- Said, who attended the meeting, said that Egypt is exerting tireless efforts to boost cooperation with the IsDB group, as part of plans to enhance investment ties with the Arab and African countries.

The upcoming period would witness more fruitful cooperation in this respect, she added, pointing out to several initiatives to enhance cooperation, including the initiative which aims to enhance Egyptian exports to the African market and establish the first academy for export in Egypt in cooperation with the private sector.

This initiative will be announced during the annual meeting for the Board of Governors of the IsDB Group, which is due to be held in Sharm el Sheikh next June, added the minister.