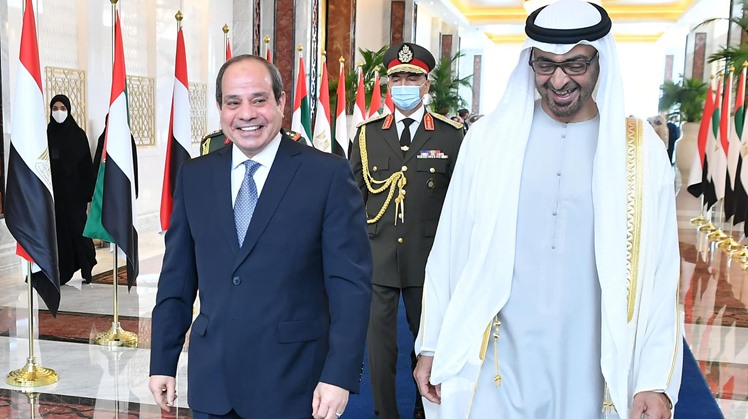 Sheikh Mohamed Bin Zayed made the remarks during a meeting with Sisi in Abu Dhabi’s Al-Watan Palace.

Sisi affirmed Egyptian-Emirati relations and Egypt’s keenness to develop close bilateral cooperation and coordination for the benefit of the two brotherly peoples and the Arab nation.

This comes especially by intensifying the pace of bilateral meetings between senior officials from both countries periodically to coordinate actively and mutually towards the successive developments currently taking place in the Middle East region, Sisi said.

This also seeks to strengthen the unity of ranks and joint Arab and Islamic action in facing various regional challenges, the president added.

The President also stressed that his current visit to the UAE comes as a continuation of the course of the close and distinguished relations that bind the two countries and the single destiny and future that they share.

Sisi expressed the solidarity of the Egyptian government and people with the sisterly UAE in light of the recent terrorist incident, which resulted in the death and injury of a number of civilians.