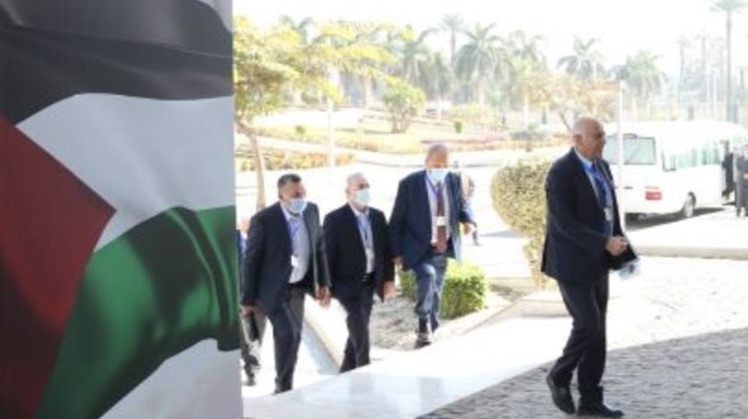 Mon, Feb. 8, 2021
CAIRO – 8 February 2020: The fifteen Palestinian political factions participating in The National Dialogue, that kicked off in Cairo, Monday, thanked President Abdel Fattah al Sisi for supporting and the Palestinian cause and praised Egypt’s efforts to fulfill the aspirations and hopes of Palestinian people.

The National Dialogue meetings in Cairo are scheduled to continue until February 9, ‘with the aim of achieving fruitful, positive results’ according to statement issued by the participating Palestinian factions.

In an exclusive statement to Egypt Today, an official said that hosting the Palestinian National Dialogue in Cairo, comes as part of Egypt’s continues support to the Palestinians and to help them achieving long- sought unity.

Commenting on the event, the high-level official added that this dialogue aims at overcoming Palestinian disputes in order to build a better future for next generations

The Palestinian National Dialogue sessions kicked off in Cairo, Monday under the auspices of President Abdel Fattah al Sisi.

Delegations of various Palestinian political factions arrived in Egypt to discuss several issues, most notably those related to the Palestinian general elections.

These elections will be the first to be held in about 15 years, as the last legislative elections witnessed in Palestine were held in 2006, and the last presidential elections were in 2005