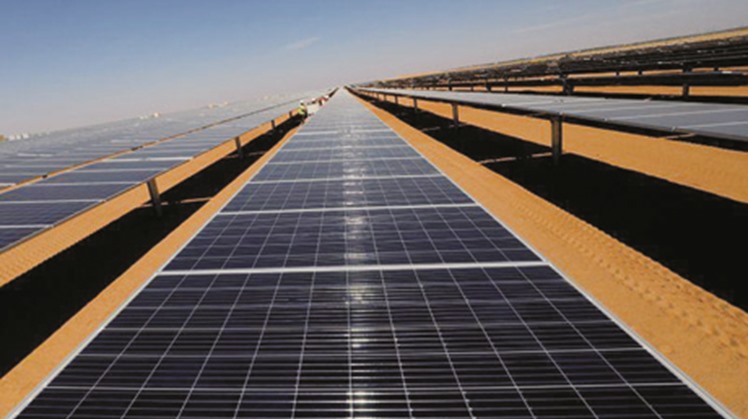 Sun, Mar. 22, 2020
CAIRO - 22 March 2020: In an attempt to diversify its debt portfolio, the government is preparing to make its first sovereign green bond issue.

The Ministry of Finance recently announced in a statement that it had chosen Credit Agricole, Citibank, Deutsche Bank, and HSBC to market the issue. Egypt’s minister of finance had earlier said that the government would not issue further Eurobonds for the remainder of the current fiscal year and would instead revert to instruments such as green bonds to cover its financing needs.

The exact size of the issue has not yet been announced. The minister said last year that Egypt planned to issue $3-7 billion in international bonds during this fiscal year. So far, only $2 billion worth of Eurobonds have been issued.

A green bond is a type of fixed-income instrument that is specifically earmarked to raise money for climate and environmental projects, unlike regular Eurobonds which can be directed to any use.

Egypt’s Financial Regulatory Authority (FRA) approved the legal framework for issuing green bonds in July 2018, with the aim of providing financial tools to fund eco-friendly projects in the fields of new and renewable energy, construction, and transport. The guidelines were developed with the support of the IFC, the private-sector arm of the World Bank, and are based on the International Capital Market Association (ICMA)’s Green Bond Principles.

The advantage for Egypt of having a debut green bond issue is that it can fund specifically “green” projects and diversify Egypt’s existing Eurobond investor base by accessing specialised ESG funds leading to additional demand, explained Amr Helal, CEO for North Africa of Renaissance Capital.

Such financing broadens the investor base for Egypt and allows for the raising of funds specifically for green-eligible projects and initiatives, he added. ESG funds are portfolios of equities and/or bonds for which environmental, social and governance factors have been integrated into the investment process.

Helal said there was a lot of green financing available that Egypt could tap into. Globally, ESG-focused funds and funds with an ESG mandate are on the rise, with around 2,400 global investors signing up to the principles of responsible investment put forward by the UN, with assets under management of around $86 trillion.

Renaissance Capital is an active player in fixed-income instruments in frontier and emerging markets. It led the first green bond coming out of Ukraine for DTEK Renewables in November 2019, which was an inaugural five-year 325 million Euro green Eurobond issue.

Helal believes Egypt has enough green projects to attract financing. There are a number of projects that fit the criteria, such as building the New Administrative Capital as a sustainable smart city, the development of the nationwide infrastructure network with a green element, and water desalination and wastewater treatment initiatives, he pointed out.

Eligible sectors could also include solar and wind power and associated projects, which promote the transition from fossil fuels to a low-emissions sustainable economy, he added. He said that in such an issue Egypt would be attractive to investors, given its favourable credit profile and the availability of green-eligible projects to be financed.

Green bonds are typically denominated in US dollars or Euros to ensure the widest possible audience of global investors that can invest. While a domestic currency green bond is possible, explained Helal, this would likely limit the size of the issue and the investor pool. Hence, he said, Egypt’s debut issue of green bonds should be a continuation of its existing Eurobond programme.

Increasingly, there are also more specialised bonds being developed, such as infrastructure bonds and social bonds. Helal believes there is an opportunity for Egypt to tap such issues as well given its favourable credit profile and availability of a number of projects that need financing and fall within those specialised categories.

Thomas pointed out that in the MENA region there were many entities that had already issued green bonds, such as the Islamic Development Bank, the First Abu Dhabi Bank, and the Majid Al-Futtaim. And with a wide number of potentially eligible projects, there was no reason why green bonds could not be issued by Egypt’s government as well, he said.

Thomas stressed that demand from investors was very strong and was increasing for green financial products, as they are increasingly aligning their portfolios to the UN Sustainable Development Goals (SDGs).

The total outstanding value of the green, social and sustainability bond market is currently $700 billion, with 2019 having seen $245 billion of issues, a 50 per cent growth on 2018, he pointed out. “The potential market for green bonds from issuers, including sovereigns, is many times larger than the size of the market currently, and combined with the investor demand, it is safe to assume that the market will keep expanding rapidly,” Thomas said.

As far as yields are concerned, Amanda Vainio of ESG Financing at MUFG, said the yield of green bonds at issuance was typically either the same or slightly lower than the yield would be on a comparable non-green bond.

“The monetary benefit of a green bond for the issuer is still hard to demonstrate, although the demand from investors is usually noticeably larger, as both the investors who would buy a regular bond plus the dedicated green funds are likely to participate in the green bond issuance. This can therefore lead to a larger order book, which might enable issuers to tighten the price further at issuance than they would have been able to otherwise do,” Vainio said.

A number of key steps need to be put in place ahead of issuing a green bond, Helal said. These include establishing a green bond framework and guidelines, identifying eligible green budget items and projects, arranging for an independent review and verification of the green credentials of the bond, as well as post-issuance steps such as monitoring and reporting.

Issuers are also increasingly linking their frameworks, and more specifically their use of proceeds, to the 17 UN SDGs, Vainio said, adding that “we would also expect Egypt to do this.”

She said that it was common for issuers, especially in Europe, to specify at issuance what projects from the wider framework they were targeting. This could be communicated either in potential roadshow materials, global investor calls, or announcements at or after issuance, she noted.

*A version of this article appears in print in the 5 March, 2020 edition of Al-Ahram Weekly, written by Niveen Wahish