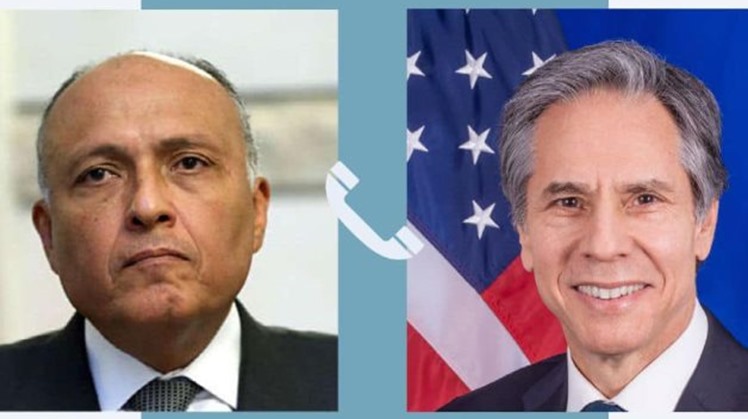 The two parties reviewed the relations between Cairo and Washington with the aim of enhancing and expanding bilateral relations as desired by the two sides, a statement by the Egyptian Foreign Ministry said.

The phone call also discussed a number of regional issues with the aim of exchanging views and coordination in a way that ensures resolving the different crises and achieving stability and security in the region.

Shoukry and Blinken led the US-Egypt Strategic Dialogue in Washington in November for the first time in six years.

During the dialogue, they discussed a number of issues including the Libyan crisis, Sudan, and the humanitarian crises in Syria, Lebanon, and Yemen.