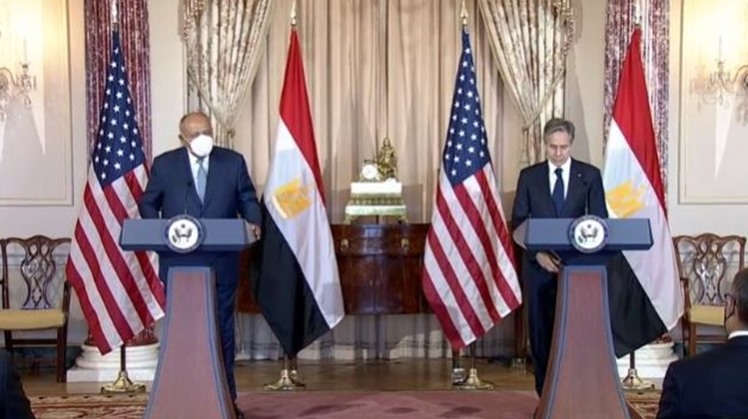 Wed, Nov. 10, 2021
CAIRO – 10 November 2021: The United States welcomed Egypt’s national plans to boost human rights in cooperation with the civil society sector, a joint statement by the governments of Egypt and the US read on Tuesday following the Egypt-US strategic dialogue held in Washington, D.C.

Egypt and the US discussed human rights issues, including freedom of expression, civil and political rights, combating racism, women’s empowerment, as well as social, economic, and cultural rights.

During the dialogue, Egypt welcomed the election of the US to the UN Human Rights Council, read the statement.

The US also welcomed the National Human Rights Strategy Egypt has launched last September and agreed with Egypt to continue dialogue on human rights.

This comes through “sharing, as appropriate and consistent with international legal standards, evidence and information used to investigate and prosecute these crimes,” according to the statement.

Egypt and the US also signed an MOU to facilitate and boost cooperation under the Treaty on Mutual Legal Assistance in Criminal Matters, which they signed and entered into force in 2001.

“The United States and Egypt reaffirmed their steadfast commitment to the national security of both countries and to the stability of the Middle East,” the statement read.

Egypt hailed the role played by the US in economic development in Egypt and its supply of defense equipment to the country, as well as the joint cooperation to reinforce Egypt’s defense capabilities.

During the dialogue, they discussed a number of issues including the Grand Ethiopian Renaissance Dam (GERD), the Libyan crisis, Sudan, and the humanitarian crises in Syria, Lebanon, and Yemen.