Jonathan R. Cohen nominated as new US ambassador to Egypt 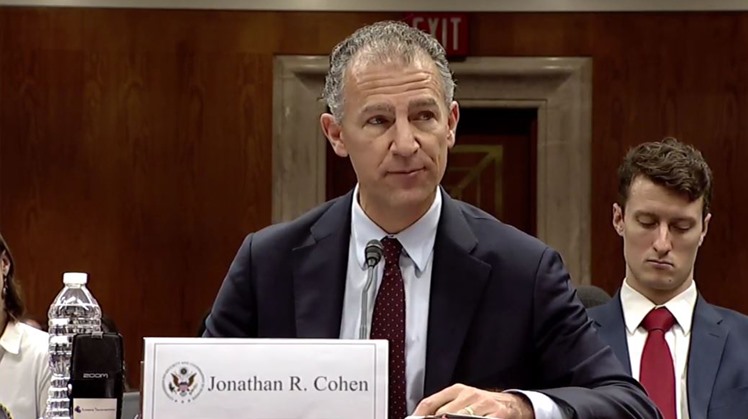 Sun, Apr. 14, 2019
CAIRO – 14 April 2019: US Administration of President Donald Trump has nominated Acting Permanent Representative of the United States to the United Nations Jonathan R. Cohen to be as the new US ambassador to Egypt.

The white House announced that the nomination of Cohen was already sent to the Senate, according to a

The nomination was announced two days after Egyptian President Abdel Fatah al-Sisi's visit to the White House on April 9.

Cohen, who has been a Foreign Service officer since 1986, is from Southern California. He was graduated from Princeton. He has been filling the seat of the permanent representative to the UN, which has been empty since Ambassador Nikki Haley resigned from the start of the year.

The position of US ambassador to Egypt has been vacant since July 2017 when the former ambassador Robert S. Beecroft left the post. Since then, U.S. Charge D’Affaires Thomas Goldberger has been in charge.

During the period between 2016 and 2018, Cohen was appointed as Deputy Assistant Secretary of State for European and Eurasian Affairs for Cyprus, Greece and Turkey, according the US Missions to the UN website.