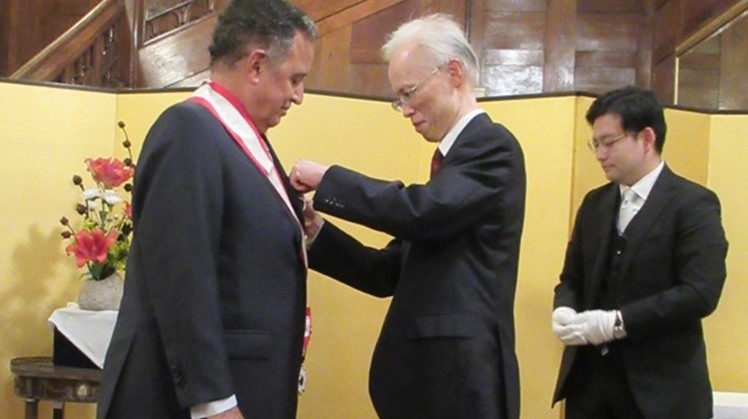 During a celebration held at the Japanese embassy in Cairo on Wednesday, Japan’s Ambassador to Egypt Masaki Noke congratulated Fahmi, who had also served as ambassador in Tokyo, on receiving the prestigious award, and praised the seasoned diplomat for his contributions to promoting Egyptian-Japanese relations, according to state news agency, MENA.

Nabil helped in boosting the relationship between Cairo and Tokyo during his tenure as an ambassador of Egypt to Japan from 1997 to 1999 and also later on after becoming foreign minister.