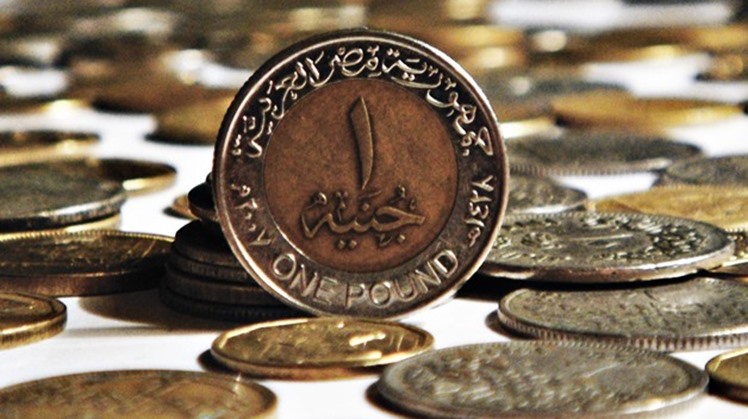 
The economics company also anticipated a 16 percent decrease by the end of 2024 to record 25 per dollar.

“We think policymakers need to stick to their shift to a more flexible exchange rate regime and allow the pound to weaken in order to correct external imbalances,” the company elaborated in a report.

The report, which Egypt Today (ET) got a copy of, attributed the devaluation of the pound to the repercussions of the Russian-Ukrainian crisis which casted its shadow on Egypt which is a large net commodity importer.

It also caused Egypt’s large current account deficit to widen during the year which in turn caused a struggle to attract stable forms of external financing, Consequently, “officials will need to stick to their shift to a flexible exchange rate in order to restore macroeconomic stability,” the report added.

“Indeed, the current account deficit stood at 4.3 percent of GDP on a four-quarter sum basis in Q1 and, all else equal, the price effects from commodity prices this year are having a negative impact on Egypt’s net exports,” it added.

Capital Economics also referred to the inflation rates, stating that the nominal exchange rate will need to fall even further than this in order to achieve the necessary adjustment.

In March, the Egyptian officials devalued its currency by 15 percent and it was followed by a further 4 percent to record 18.9 per dollar. According to the report, this could be a sign for a more flexible exchange rate regime.

Meanwhile,the report added that tight fiscal policy and strong nominal gross domestic product (GDP) growth will keep the government debt-to-GDP ratio on a downward trajectory, expecting it to come down to 80 percent of GDP by end of FY 2023/24 (from around 87 percent now).