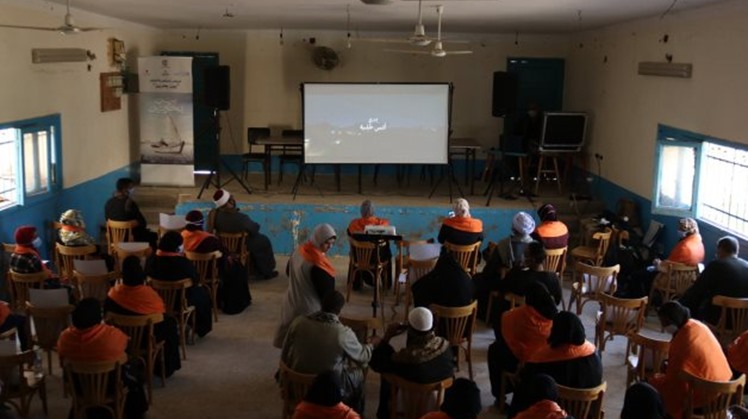 Sun, Nov. 29, 2020
CAIRO – 29 November 2020: Within the framework of the 16 Days of Activism against Gender-Based Violence, the National Council for Women (NCW), in partnership with UN Women Egypt, launch a series of public screenings for the film “Between Two Seas” in a number of governorates across Egypt, with the aim of raising the awareness of women and men about the various issues that the film tackles such as violence against women and Female Genital Mutilation (FGM).

"Between Two Seas" is the first feature film produced through cooperation between the NCW, UN Women as part of their belief in the important role that cinema plays in changing negative perceptions towards women in different societies, and it was made possible through the generous support of Government of Japan and the United States Agency for International Development (USAID). The film is written by Mariam Naoum, directed by Anas Tolba and produced by Axeer. The story of the film revolves around a short visit by “Zahra” to her hometown in one of the suburbs of Cairo, where her daughter experience a tragic event, after which Zahra seeks to gain her daughter’s rights and insists on completing her education and enlightening her community. The film highlights the various societal issues facing women, especially in rural areas.