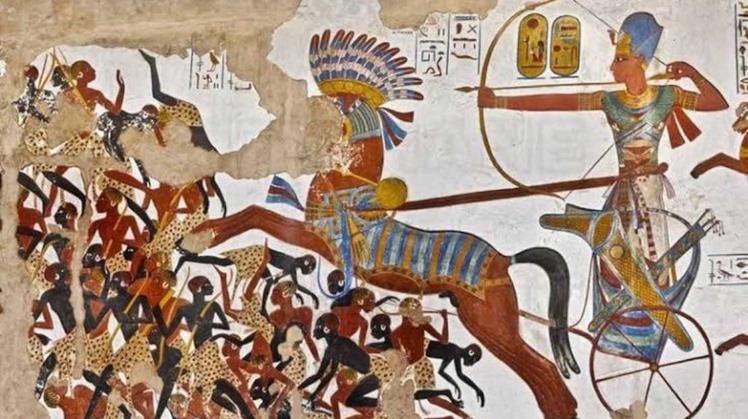 Mon, Jun. 27, 2022
Anyone interested in the history of war or weapons should be sure to take a look at ancient Egyptian weapons and how Egyptian armies exploited their technological superiority. Although ancient Egypt was famous for its architectural wonders, it was once wielded as the most effective fighting force the world has ever seen.

The Egyptian weapons of the Early Dynastic period (3150 BC - 2613 BC) were simple as the military weapons consisted of basic daggers, spears and maces for combat with primitive bows for long-range combat.

The spears were primitive and very similar to those used by predynastic Egyptian fishermen and the only real advance was the introduction of copper spearheads, which offered better penetration than the traditional flint tip, however, metalworking in this early period was very expensive and it is unclear how much Prevalence of the use of copper spearheads among the average infantryman.

Soldiers carried daggers as a secondary weapon. The dagger usually had a copper blade and was used either at very close range or to take out wounded enemies. The blades were too brittle to be relied upon in one-on-one combat, according to the Enchant Origin.

After the unification of ancient Egypt, the Egyptians could focus on military development. In the past, smaller forces consisted of peasants and the method of dealing with weapons was primitive.

Soldiers after the unification of ancient Egypt became armed with daggers, swords, spears and shields. The sword and dagger did not evolve much. They were both raw brass blades attached to a handle. These spikes were a major structural weakness. Swords with longer blades were especially vulnerable to being crushed when trying to fend off an incoming blow.

Later protective equipment became more common and the troops were given simple leather armor. The protection provided was minimal but did provide some protection from lightning strikes or long-range arrows.