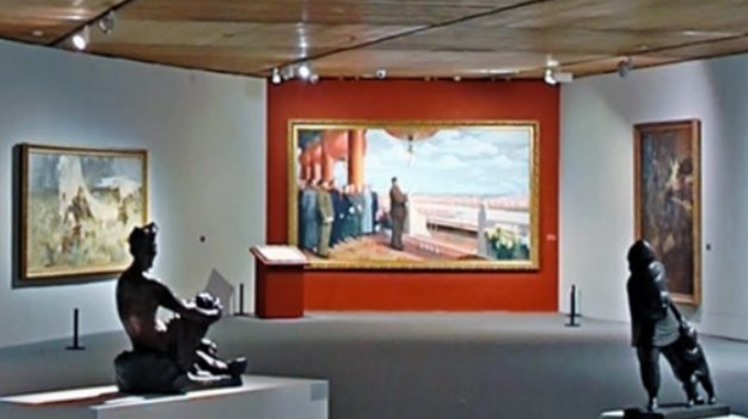 Mon, Jul. 27, 2020
The Museum of Folk Art at the Academy of Arts, headed by Ashraf Zaki, continues to receive collectibles that mimic the manifestations of life in Egypt.

In a meeting with Mustafa Gad, dean of the Higher Institute of Folk Art, it was pointed out that the museum had received the figures and folk tools related to the folk market and the Kaaba cloth and the wedding costumes that was an important aspect of life in Egypt. The museum also received handloom and textile crafts, Khayyamia, and the Bedouin Sinai tent.

The museum had previously received art sculptures representing the popular narrator of “Al-Sera Al Helaleya”, the traditional Egyptian seller of licorice and the traditional boat figures.