Egypt in Paintings: "A view of the Nile near Cairo" bby American artist Edwin Lord Weeks 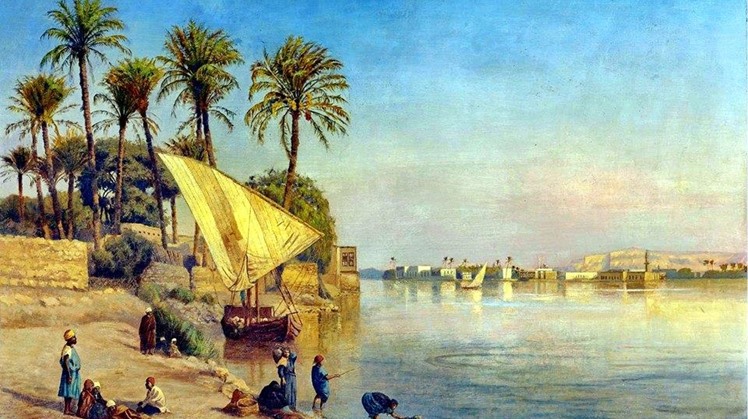 Mon, Jun. 1, 2020
Today, we are watching a beautiful painting entitled "A View of the Nile near Cairo", created by the American artist Edwin Lord Weeks in 1874, and I have loved this painting since I set eyes on it, before I delve into its details, perhaps because it reminds me of a beautiful situation I have already experienced before in my life.

What I bear witness in the Egyptian culture is that society was able to preserve its culture for a long period of time, as this painting is now 146 years old, but I swear to you that until the end of the nineties of the twentieth century, you could see this scene with all its details, especially before sunset.

On the one hand, Edwin Lord Weeks' passion for living between the years (1849 - 1903) reveals the passion of the Nile, as it reflects the great effect of the Nile on the place. We see a great garden with palm trees extending towards the sky, while beautiful buildings appear white, indicating civilization and love of life. , And the water is golden in color due to the reflection of the sun on its shining page.