The city of Nepta Playa: The Oldest City in the world was founded in Egypt 13 thousand years ago 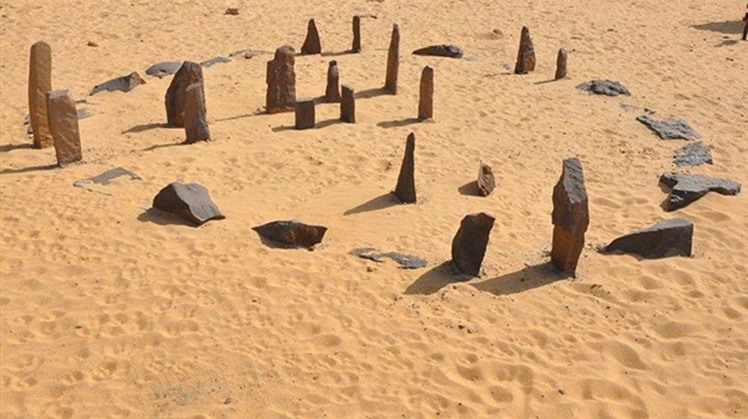 Sun, May. 17, 2020
After Dr. Ashraf Abu al-Yazid, Director General of the Textile Museum, and a specialist in ancient and prehistoric Egyptian antiquities, on the claim of archaeologists from Israel, that they discovered the oldest temple in the world "Gobkli Tebah" in Turkey 11 thousand years old built according to a unified scheme and that the builders were aware Good in architecture, saying: The matter is not the oldest or newer, while the question is who has continued to build its civilization. The ancient Egyptian man knew about the creation of a complete civilization, and Lynn built only a temple and left.

And Dr. Ashraf or Yazid explained in special statements to "the seventh day". As for the matter of the oldest, we in Egypt have much older, we discovered the community of any integrated city in the area of ​​Nabta, which is located west of Abu Simbel, and most studies confirm that the beginning of the start of the Egyptian civilization was From there, as it was found from the star formation circle to know the directions and times such as the compass at the present time, and that circle was the remnants of monuments drawn very carefully.

Dr. Ashraf Abu Al Yazid added that the city that was discovered in Nabta is 13000 years old, which indicates that man lived there for a long time and the evidence is the existence of the star calendar that needs the time of 2007 in the presence of two scientists from Egyptology, where one of them was asked a question which is there Stone tools made by the ancient Egyptian man in the west of Luxor, 500 thousand years old? The answer came in astonishing way, as the world said that in Napata and Toshka there are tools and rock formations that are at least a million years old.

Dr. Ashraf Abu al-Yazid indicated, and there is also the village of Marida, Bani Salama of the Beheira governorate now, in which a German researcher found the remains of an entire city with streets and infrastructure at the highest level where there are sidewalks on both sides and a tendency in the street to drain rain water and a water exit channel outside the city She is 8000 thousand years old.

Dr. Ashraf Abu al-Yazid stressed that the issue is not to find only one temple, but what was done after building the temple, was civilization completed that the building of the temple left it and is satisfied with it, pointing out that what is found in Anatolia is not related to Turkish history However, it belongs to the indigenous people of Anatolia, as the Turks are not the indigenous people, as is what happens in Palestine when artifacts are discovered, and Israel claims that this is from its history even though they are not primarily Palestinian residents.