MURDER ON THE NILE Famous ‘mistress’ mummy Takabuti was KNIFED to death in her twenties – 2,600 years ago 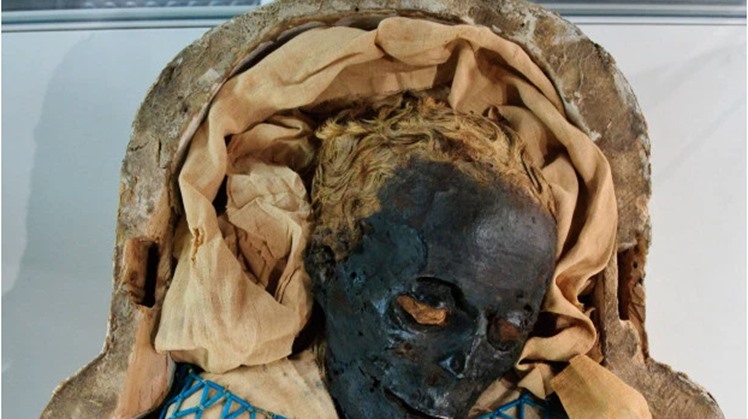 Mon, Jan. 27, 2020
A YOUNG Egyptian girl who is one of Britain's most famous mummies was knifed to death, a new study reveals.

Legendary mummy 'Takabuti' was in her twenties when she was brutally murdered in a "knife attack" by an unknown assailant.

Takabuti lived 2,600 years ago, but was first unwrapped by modern archaeologists in 1835.

She's believed to have been a "leading" married woman or mistress, because she lived in a house in poshThebes – where Luxor is today.

Now DNA analysis and scans have revealed lost details about her life and death in Ancient Egypt.

The main finding is that Takabuti had a "violent death", after being stabbed in the upper back near her left shoulder.

Experts also found Takabuti's heart, which was previously thought to have been missing.

"The significance of confirming Takabuti's heart is present cannot be underestimated, as in ancient Egypt this organ was removed in the afterlife and weighed to decide whether or not the person had led a good life," said Dr Greer Ramsey, the Curator of Archaeology at National Museums NI, where Takabuti is displayed.

"If it was too heavy it was eaten by the demon Ammit and your journey to the afterlife would fail."

She was also found to have an extra tooth (33 instead of 32), which only occurs in 0.02% of the population, experts say.

And Takabuti even had an extra vertebrae – which only occurs in 2% of the population.

One of the key discoveries was that Takabuti's DNA was genetically similar to Europeans – much more so than modern Egyptians.

Sadly, scientists are unable to confirm why Takabuti was murdered or who the killer was.

But we now have a much better idea of Takabuti's lifestyle and status, and the way she died.

"It is frequently commented that she looks very peaceful lying within her coffin but now we know that her final moments were anything but and that she died at the hand of another," said Professor Eileen Murphy, a bioarchaeologist at Queen's University Belfast.

"Trawling the historical records about her early days in Belfast it is clear that she caused quite a media sensation in 1835 – she had a poem written about her, a painting was made of her prior to her ‘unrolling’ and accounts of her unwrapping were carried in newspapers across Ireland.

"Research undertaken ten years ago gave us some fascinating insights, such as how her auburn hair was deliberately curled and styled.

"This must have been a very important part of her identity as she spurned the typical shaven-headed style.

"Looking at all of these facts, we start to get a sense of the petite young woman and not just the mummy."

The scientific team who worked on the project included researchers from the University of Manchester, Belfast University, Liverpool John Moores University and the Ulster Museum. 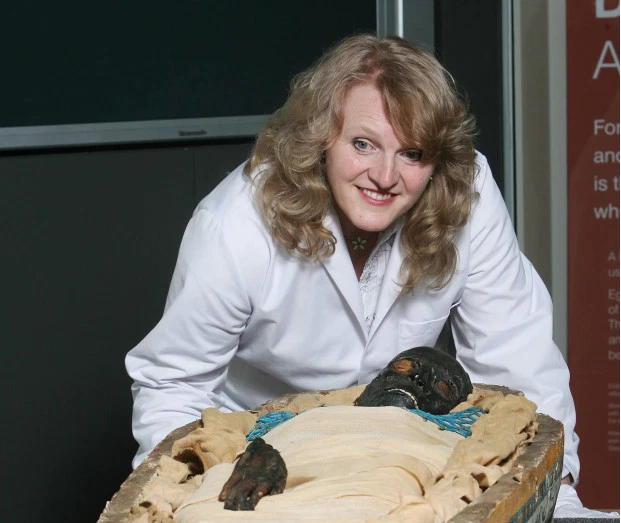 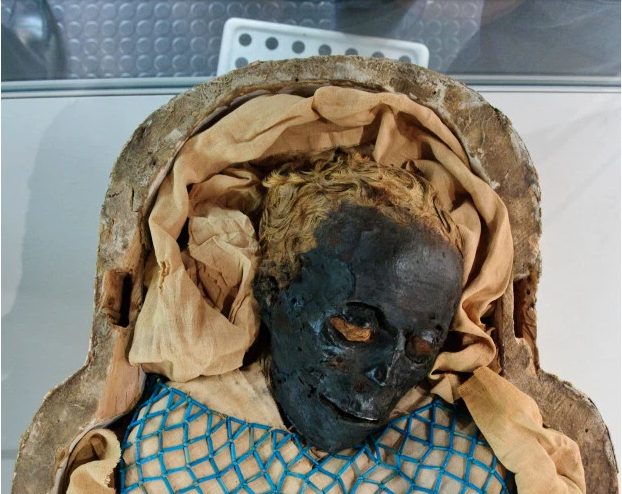