The city of Bahnasa .. Why is the Ministry of Tourism and Antiquities interested in restoring it? 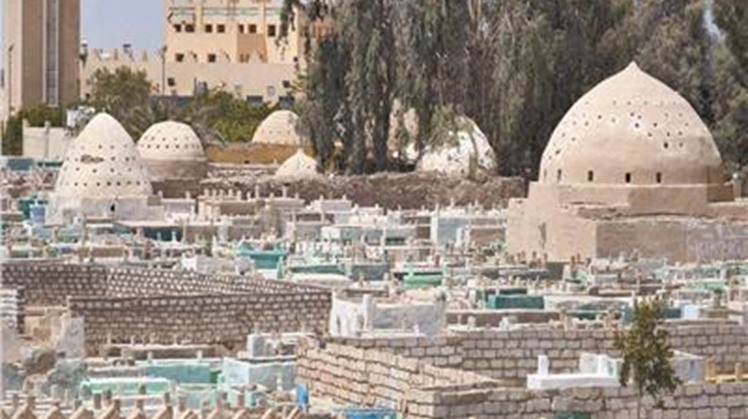 Sun, Jan. 5, 2020
The Ministry of Tourism and Antiquities is studying a project to restore the tombs of the Al-Bahnasa, an ancient ancient city, in which many papyri dating back to the Greco-Roman era were found, which includes a number of tombs for the companions of the Messenger of God, peace be upon him, and the village is located 16 kilometers from Bani Mazar Center, to the west of Minya Governorate. Eng. Waed Abu Al-Ela, Head of Projects Sector at the Ministry of Tourism and Antiquities, said in exclusive statements to "the seventh day", that there is a project being studied at the present time for the restoration and maintenance of cemeteries within the Al-Bahnasa area, where the first phase begins with the restoration of approximately 16 graves.

The region was a large city, fortified with walls, with four gates, and each gate has three towers, and it contained many churches and palaces, and it flourished in the Islamic era, and it was made with luxurious types of fabric woven with gold, and the city of Bahnasa also contains traces from different eras Egyptian history, as this village includes the Pharaonic, Greek, Roman, Coptic and Islamic monuments until the effects of modern history are represented by buildings and palaces dating back more than a hundred years.

Bahnasa witnessed glorious pages from the history of the Islamic conquest of Egypt, where it is called the city of martyrs for the many who were martyred during the Islamic conquest. It is fortified, and its Roman garrison resisted the Muslim army strongly, which led to the fall of a large number of Muslim martyrs, which was the reason for the sanctity of the city within the souls of its people who called it "the city of martyrs" blessed and seeking dignity, and in Bahnasa west next to the mosque "Ali Al-Jmam "The Muslim necropolis is located in which there is a sun It has a large number of domes and shrines that are attributed to the companions, followers, and scholars who visited the city and the tombs (maqamat) of the martyrs of the Islamic Army who participated in the conquest of Egypt and were martyred on this land during their campaign to open the Egyptian level, and its people today are proud of this village for containing its soil on the bodies of these martyrs of the companions And even the Badrians among them (that is, those who attended Badr with the Messenger, may God bless him and grant him peace).