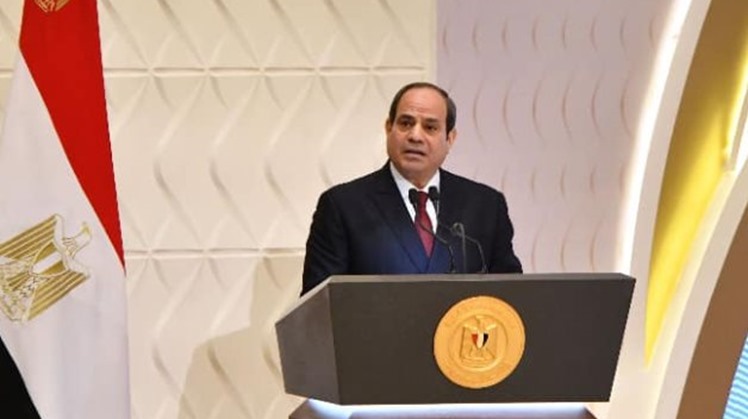 This came during President Sisi's inauguration of a number of new national projects in the investment zone in the city of Banha in Qalyubia Governorate, via "video conference".

“The private sector in Egypt represents about 75 percent of the size of the economy...and the state directs great support to the industry, and we will facilitate all obstacles and difficulties that businessmen and manufacturers may face,” according to President Abdel Fatah El-Sisi.

In his speech, Sisi indicated that Egypt aims to reach the value of exports to $100 billion, which is a modest number when compared to a country with a population of more than 104 million, as he described it.

These instructions included the release of imported shipments that worth up to $25,000 to importers once every 6 months, while shipments with a value exceeding $25,000 are released using Form 4.

The CBE also excluded the foreign component from opening a documentary credit in the case of electronic goods that are assembled in Egypt and consist of local parts next to the imported parts, and shipping documents are accepted in light of the fact that they are a production requirement.

In addition to using it in the implementation of import operations, taking into account the proportion of the value of deposits with the volume and nature of the customer's usual activity and the value of the documents indicating the export operation.

According to the Central Bank of Egypt’s statement, the exporter must complete a true copy of the customs declaration certified by the competent customs, the General Organization for Export and Import Control, and the foreign trade sector in the Ministry of Trade and Industry, according to the two periodicals issued by the Central Bank on May 13, 2015 and October 20, 2015.