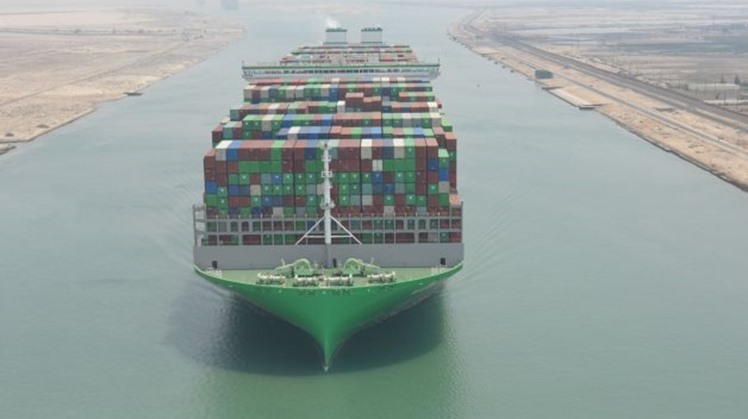 Mon, Sep. 12, 2022
CAIRO - 12 September 2022: The economic and social development plan for the fiscal year 2022/2023 revealed the continuation of development efforts for the economic zone of the Suez Canal, to maximize the economic returns from it.

The plan is based on two main pillars; the first of which is accelerating the pace of digital transformation to link all parties concerned with investing in the economic zone electronically, where customs release procedures are simplified and facilitated for exporting the region’s products, whether for the internal or external market,

The first pillar also aims at activating the express shipping service by expanding the establishment of specialized logistic areas for international shipping line companies and warehouses for the region.

The development plan further clarifies the second pillar, which is to stimulate the industrial and technological settlement of specialized international companies through packages of financial and tax facilities, and incentives provided by the region.

It targets in particular encouraging companies that have suspended their activities in conflict areas due to the Russian-Ukrainian crisis to resettle their activities in the Suez Canal Economic Zone, in addition to attracting other companies specialized in some industries targeted to be resettled in the region, energy industries, green hydrogen, automobile assembly, food and pharmaceutical industries, textiles, ready-made clothes and information technology.

This comes within a package of elements of the Suez Canal Authority strategy during the new fiscal year 2022/2023, where the authority is committed during the year of the plan to activate all elements and pillars of the sustainable development strategy for the activities and projects of the Suez Canal Authority and the Economic Zone, and delivered the economic and social development document submitted by the Minister of Planning, Dr. Hala Al-Saeed, and approved by both chambers of Parliament (Representatives, Senate) to highlight it.

This pivotal activity of the Suez Canal is due to its being the shortest and cheapest link between the East and West, as it saves time and distance for the transiting ships, and consequently a reduction in fuel and operating costs, which gives the Canal a competitive advantage towards other alternative shipping lanes.

At the level of the national economy, the Suez Canal is one of the main sources of foreign exchange generation, as it generates annual revenues of about 6 billion dollars.