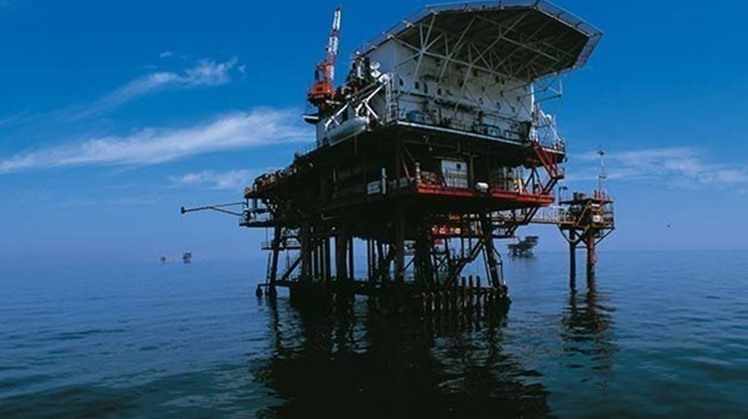 Fri, Mar. 15, 2019
CAIRO - 15 March 2019: An Italian Oil Company Eni announced a new gas discovery on Thursday under evaluation in the Nour exploration prospect located in the Nour North Sinai Concession, in the Eastern Egyptian Mediterranean, about 50 km North of the Sinai peninsula.

Eni clarified in a press release that the Nour-1 New Field Wildcat (NFW), which has led to the discovery, was drilled by the Scarabeo-9 semi-sub in a water depth of 295 meters and reached a total depth of 5,914 meters.

According to the statement, Nour-1 well found 33 meters of gross sandstone pay with good petro physical properties and an estimated gas column of 90 meters in the Tineh formation of Oligocene age. The well has not been tested; however, an intense and accurate data acquisition has been carried out.

It added that he JV Operator will start the feasibility studies to accelerate the exploitation of these new resources, leveraging the synergies with existing facilities and infrastructures, after finalizing the discovery evaluation.

Enihas operated in Egypt through its subsidiary Ieoc since 1954. The company is the country's leading producer with equity above 340,000 barrels of oil equivalent per day that will further growin 2019 with the ramp up of the Zohr Project to production plateau.

Eni CEO Claudio Descalzi said that Eni seeks to pump investments of $3 billion in Egypt during the upcoming period.

Descalzi added that the total investments pumped in Noras and Zohr fields so far have reached $8.4 billion, noting that 70 percent of the company’s investments exist in Egypt.

In 2015, Eni discovered Zohr gas field, the biggest gas field in the Mediterranean, with an estimated production of 30 trillion cubic feet.

On the other hand, Cavanna said in April that gas production from the Noras gas field increased to around 1.2 billion cubic feet per day (bcf/day).

Egypt recently signed several oil agreements for the exploration of oil and gas in several areas, including the Mediterranean, Western desert, Nile Delta and the Gulf of Suez.

The number of signed petroleum agreements since 2014 reached 88 and the authority is working on signing 13 new agreements.

No coronavirus among Egyptians in Italy: Egypt’s consulate Mon, Feb. 24, 2020