Libyan constitutional follows up meetings scheduled to launch in Hurghada 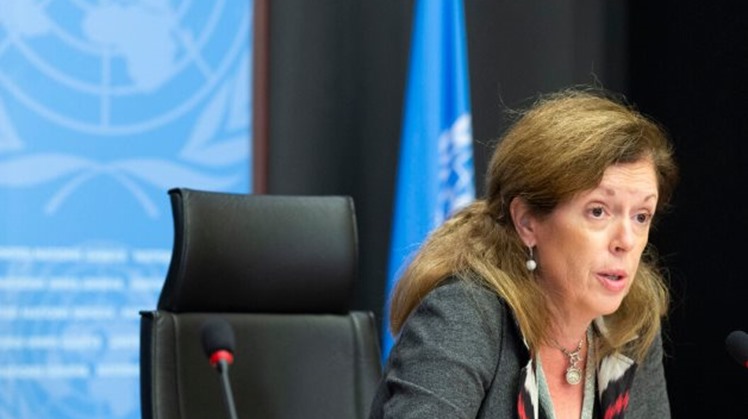 Tue, Jan. 19, 2021
CAIRO - 19 January 2020: The Libyan constitutional track meetings scheduled to be held on January 18 and 21 between the Parliament delegations and the Supreme Council of the Libyan State began to discuss the future constitutional base in the country under the auspices of the United Nations.


The meetings coincide with the approaching United Nations Mission in Libya's announcement of the Libyan agreement regarding the mechanisms of selecting the new Libyan executive authority.


A member of the Libyan Parliament, Ismail Al-Sharif, told Egyptian newspapers that the meetings will discuss the future constitutional base in Libya, explaining that the United Nations Support Mission in Libya (UNSMIL) decided to expand the base of delegates participating in the meetings.

The Libyan constitutional path was launched in Cairo in October 14 under the auspices of the United Nations Support Mission in Libya, to hold consultations between the same delegations of Parliament and the High Council of State.

The Libyan parties held talks earlier in Hurghada, Egypt. They called for the acceleration of the opening of air and land transportation lines, in a way that guarantees freedom of movement for citizens in all Libyan cities.

The Hurghada talks were under the auspices of the United Nations and called for speeding up the 5-5 joint military committee meetings, with direct meetings the following week.

The talks also called for the immediate release of everyone detained without conditions or restrictions, as well as stopping the campaigns of media escalation and hate speech and replacing themwith the speech of tolerance and reconciliation, to reject violence and terrorism.

The United Nations Support Mission in Libya expressed its gratitude to the Egyptian government for its efforts tofacilitatethe convening of this important round of Libyan talks, and commendedthe efforts of the members of the two delegations, welcoming the reached results.

The mission expressed hope that this positive development will contribute to paving the way for the Libyan parties to agree on a final and permanent ceasefire shortly.

Libya is suffering a severe division between two factions; the Libyan Parliament and the Libyan National Army (LNA) led by Field Marshal KhalifaHaftar in the east and the GNA led by Fayez al-Sarraj. The latter is internationally recognized but is not accepted by the Parliament.

Hundreds were killed in continuous battles between the LNA and the forces of the GNA, over the past year.

Earlier, Egypt’s President Sisi met with LAAF head, Commander KhalifaHaftar, and Libyan Parliamentary Speaker AguilaSalehin Cairo, to discuss efforts to resolve the Libyan crisis. Both Libyan officials emphasized that any initiative to solve the crisis in the war-torn country has to include “the removal of Turkish-backed mercenaries and militias”.

It is worth mentioning that GNA Head Fayez al-Sarraj announced earlier in September his intention to resign by the end of October.

In late August, both Saleh and Sarraj announced in two separate statements that they had agreed on a Libya-wide ceasefire.