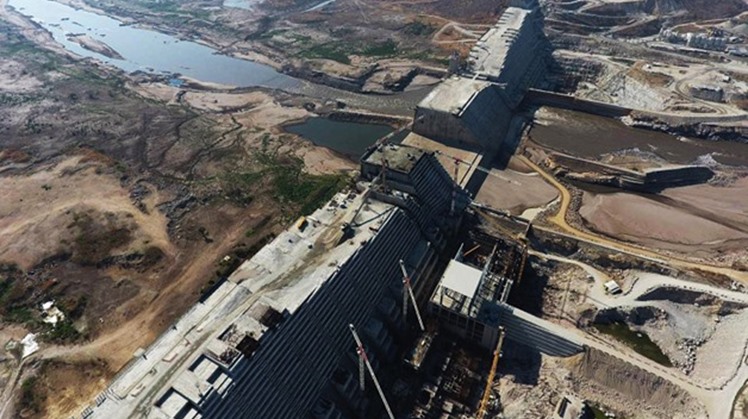 Tue, May. 19, 2020
CAIRO – 18 May 2020: Ethiopia is legally obliged not to start filling the Renaissance Dam until after an agreement is reached on the operation of the dam with all parties, professor of International Law at Cairo University Mohamed Sameh Amr has said.

“Reaching an agreement regarding the filling and operation of the dam is a legitimate requirement,” Dr. Sameh added. “Egypt only signed the Declaration of Principles based on goodwill and the rights of the brotherly Ethiopian people in development.”


He further affirmed during his participation in a discussion session on the legal dimensions of the Grand Ethiopian Renaissance Dam (GERD) case that Egypt is operating under a clear diplomatic and political plan.

Dr. Sameh also highlighted Egypt’s efforts over the course of five years, through which it exerted all means of direct negotiations with Sudan and Ethiopia.

"The Nile is the main water source for Egypt, it is not just Egypt’s main bloodline, but also a source of economic and social stability in Egypt,” he said.

"Therefore, stability cannot be achieved in Egypt or the region without setting clear rules for this file.”

Egypt followed the diplomatic and peaceful method in settling any outstanding issues that may arise due to the existence of this dam, especially after Ethiopia unilaterally announced that it will begin filling the dam in July.

During the past two weeks, Egypt submitted a letter and an explanatory note to the member states of the UN Security Council. This was only the result of a long march spanning over five years that had not yet resulted in reaching an agreement.


He also stressed that if this dam is filled individually by the Ethiopian side, this can cause substantial damage to Egypt, which is wrong on so many levels according to international norms and agreements.

Moreover, Dr. Sameh firmly stressed that all of Egypt’s moves in this regard came out of its respect to rules of international law, and in order to respect the principles and goals of the United Nations and the Security Council.

Therefore, Egypt had to inform the United Nations of the situation especially that Time is running out and international circumstances on the ground are not helping any of the parties to reach an agreement, or even the American mediation will be able to be resumed because of the novel coronavirus (COVID-19).

He pointed out that Ethiopia should prepare studies of environmental assessment and the impact of the dam on the water quality, and the amount of water that reaches Egypt and Sudan, all of which leads to setting a scenario after filling the dam and the impact of this on the transit and joint use of the countries participating in the same river.


Egypt, resorting to the Security Council, affirms that it is still on the same political and diplomatic track to try to find a solution to this crisis in a peaceful way, because Ethiopia is determined through all of its statements that it will fill the dam or start filling the dam this year.

The international law professor also pointed out that if Ethiopia began to act unilaterally towards filling the dam, this would raise too many signs of threatening the stability and security of Egypt and East Africa.

It is pertinent to mention that Sudan has rejected an Ethiopian proposal to sign an initial agreement permitting the filling of the controversial dam.

In a letter to his Ethiopian counterpart, Sudan’s Prime Minister Abdullah Hamdok stressed the importance of realizing a tripartite agreement between Egypt, Sudan, and Ethiopia, adding that reaching a comprehensive agreement can only be achieved through an immediate resumption of negotiations.