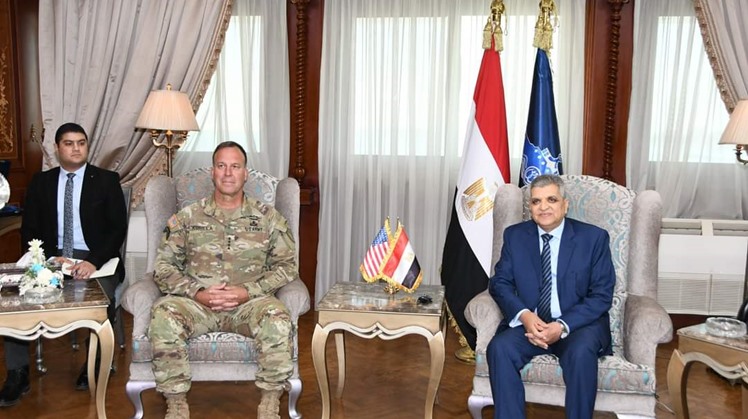 Kurilla asserted the importance of the Suez Canal as a vital lifeline for the entire world as he held a meeting on Monday with Osama Rabie, chairman of the SCA, during the former’s visit to Egypt.

Kurilla made a marine tour in the New Suez Canal, during which he followed up on the regularity of the navigation flow through the canal, the statement said.

Rabia, for his part, affirmed the importance the Egyptian state attaches to the projects of developing the Suez Canal given its strategic importance and vital role in serving global trade movement.

“[Kurilla’s] visit comes within the framework of the strategic partnership between Egypt and the US in all fields as well as the joint endeavors to support peace and development and confront current challenges,” the statement added.

Zaki asserted the Armed Forces' keenness to enhance the military and security cooperation with the US.

Meanwhile, Kurilla lauded the pivotal role played by Egypt in achieving security and stability in the region, lauding the deep-rooted relations between the two countries.

He also met with Chief of Staff of the Armed Forces Osama Askar, during which they tackled cooperation in training and exchanging expertise between the armed forces of the two countries.

A number of Egyptian and US commanders attended the meeting